Great virtual attacks around the world 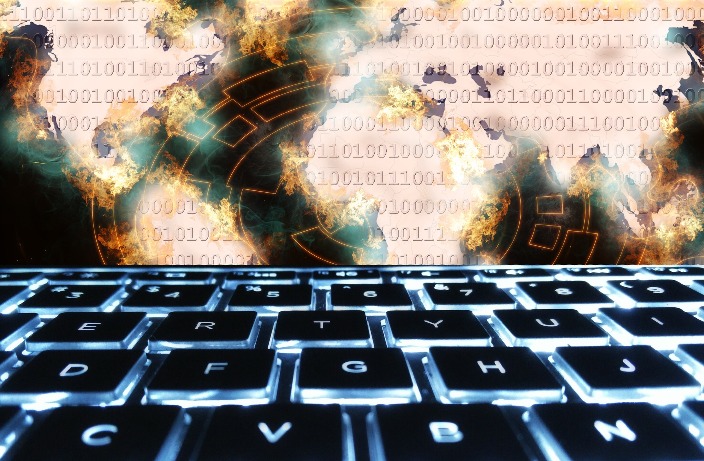 Information can be of great importance to the vast majority of companies. And cybercriminals knowing this, focus on large companies that have a high capital power.

In some situations, the data are so fatal that the damage is irreparable. Check out some of these big crimes that did huge damage.

This shows us many times, that big companies are not always targets of these criminals. Anyone who is connected to a virtual environment should always have a means of protecting themselves.

Stuxnet was a malware that made history when attacking Iran’s uranium enrichment plants. What is known, is that it was possibly created by Israel and the United States. It was so well developed that it was able to reach external peripherals like USB.

This made it even more dangerous, as it was not necessary to have an internet connection or an internal network. With this malware spreading across the network, it started to cause concern in everyone.

With the mission of making the speed of uranium enrichment centrifuges even greater, so that they could not withstand such pressure and began to self-destruct.

NotPetya is a type of ransomware that has spread very quickly over the internet encrypting information on servers around the world. Its main target was companies.

Many companies in Ukraine used a tax accounting system using MeDoc. Knowing this, these crime professionals invaded the update server.

When launching new versions of the system, companies started getting infected with the NotPetya ransomware.

They are estimated to have caused a loss of around $ 10 billion.

An attack on Yahoo caused big losses to its more than 3 billion customers in 2013. Financial information was not damaged, but emails, passwords, and address information were.

In the following year, the same company was attacked again. Half a billion accounts have been attacked. The Justice Department claimed that the attack was possibly carried out by Russian spies and known hackers.

The Mirai botnet was malware known to attack large companies and websites. By invading the network, you can access the devices connected to it and control those devices through programmed bots.

They were able to exploit the vulnerabilities of standard passwords placed on devices.

And to make matters worse, the source code of this technique was released to a group of hackers, which further increased the number of attacks.

Twitter, GitHub, Airbnb, Netflix, and other world services have been disconnected. In an era of connection, this can cause huge losses to many companies.

Three years ago, ransomware hit the entire world with a high rate of infection and causing millionaire financial damage

The entire world was the target of this ransomware, countries like Brazil, China, and Russia were the criminals’ favorite targets. Court of Justice of São Paulo, Renault, FedEx were some of the companies affected by these criminals.

They were successful through a failure in windows. The next Microsoft, knowing that the failure was something very serious, released patches so that it could fix this problem. Even for old versions that were no longer updated.

Even after the disclosure of the flaw and correction, many users did not make this update and made attacks like these much easier. There were no specific targets, both large companies and ordinary users were being attacked and their data hacked.

They demanded dollar amounts so that their victims could have access to their information. Marcus Hutchins, a security expert, and found a method to stop. The way to end this malware was by connecting to a domain.

And what almost always happens, even after finding the solution to the problem, other forms of this malware appeared with correction, and new victims began to be made again.

It estimates that approximately 230,000 computers have been affected by this technique, according to Avast.

Locked out of your Yahoo! account? Here's how you can get back in
If you suddenly can't access your Yahoo! account anymore, you'll need a hand with getting back in: we're here to help you with that. Yahoo! is an American web service provider launched in 1994 by founders Jerry Yang and David…

Microsoft Surface Pro 7, a strong and attractive tablet
Microsoft's Surface Pro 7, the most recent in the organization's amazing Surface Pro arrangement, proceeds with the custom of being a strong, trustworthy tablet for the ages. It's quantifiably better this time around, as well, with an inner move up…