4 Important Applications of the Internet of Things (IoT) in 2021

The Internet of Things (IoT) is generally reckoned to as the modern evolution of technology. Technology, as we know, is a dynamic world. It keeps changing and transforming itself for the comfortability of man.

In times past, the Internet, the technological endless space of resources, is only accessible through the use of smartphones, laptops, desktop computers, and other commonly known computer devices and gadgets.

But now, the accessibility to the Internet world has been expanded. Not only smartphones or laptops can access the Internet and share data.

As stated earlier, that’s all in the past.

The new era of technology

The new era of technology reigning gives room for many objects to be connected to the Internet for the purpose of sharing data and executing tasks.

This means your car, mug, home chairs, vacuum cleaners, TV set, or even your kids’ toys, can be connected to the Internet. These common materials that are normally not Internet-communing devices are “things”.

When they (these ” things”) are connected to the Internet in such ways that they share data, their connection and overall interaction is termed “the Internet of Things”. That is, the connection of different ” transformed” devices working as though they’re phones or laptops.

The Internet of Things is applicable to any technological field. That is one of the reasons it is an indispensable technological innovation changing the world everyday.

Even beyond the scope of technological disciplines and fields, IoT is applicable in any field of human endeavour. In as much as a field can procure its mode of operation, IoT can be integrated into it to carry out its assigned tasks.

This explains why many companies and organizations today are showing great interest in using the Internet of Things (IoT) for simplification, automation, improvement and control of different operations.

In this article, we will be checking out some important applications of IoT technology in our environment, and other work related fields.

Wearables are perhaps, the most popular application of IoT technology. Devices like virtual glasses, fitness bands and GPS tracking belts, are some examples of IoT wearable devices.

Giant tech companies like Amazon, Google, Apple, Samsung and other tech companies have developed and incorporated IoT in their productions, and consequently, to our daily lives.

Wearables are portable and energy-driven devices built up with sensors. These sensors are hardwired with necessary hardware for carrying out different tasks such measurement and readings.

Wearables also have software that collects and organizes data and information about the users.

IoT is making a tremendous wave in the health sector. With IoT wearables, patients’ lives  can be saved on time.

In critical situations for some patients, the margin line between life and death is very very thin. As a matter of fact, countless number of patients have lost their lives as a result of poor attention and health monitoring.

IoT wearables continuously monitor certain metrics, as well as give automatic alerts on the status of patients. Also, IoT helps in the improvement and care of patients, as well as preventing their fatal events from taking place in high-risk patients.

Furthermore, IoT is integrated into hospital beds. These beds are transformed into smart beds equipped sensors to give alerts on patients’ health conditions. The sensors give vital information such as blood pressure, oximeter, body temperature, and so on.

Ever heard of the term “smart cities”? Just as there is smart farming, where IoT devices are used for carrying agricultural works for massive production, the concept of smart cities denotes an advanced and urbanized environment where things are connected and can easily be controlled for the sake of comfortability and ease.

One of the features of a smart city is technological control of its road traffic. Many cities around the world face traffic congestion and frustrating gridlocks on a daily basis. Such incidences as these can impede individuals’ productivity, or result in a drop in their comfortability.

However, IoT technology can help in solving road traffic problems easily. It has worked in many cities across the globe. Managing vehicle traffic is not a job that can be conveniently done by people.

Roads are way too many. Though humans can try their best in ensuring road management, there’ll be some lapses. Lapses caused by negligence of duty, inexpertise in managing road traffics, low manpower to cover up for many roads, fatigue, etc.

Mobile phones can be used as sensors for road navigation. Using smartphone apps such as Google Maps or Waze, data can be collected and shared for the purpose of getting important and timely information about road routes, distance for getting to a preferred destination, getting direction to a place, and so on.

The application of IoT technology helps a great deal in contributing to the management of road traffic, thus, promoting the modern concept of smart cities.

Smart farming is the modern and most productive way of farming in the agriculture industry today. It is called “smart” because the IoT devices used for farming work execute operations in easy and result-oriented ways.

Works that’d take months to be done, IoT devices will clear them off in less time, with efficiency as added bonus.

One of the areas where IoT devices help in agriculture is the giving of accurate and relevant data on soil conditions.

It is a known fact that soil is the most important element in the farm. A farm without a soil is unimaginable. Being such an indispensable element, having knowledge on the conditions of soil quality is very important.

The more the soil is good and nourished, the more the chances of having good agricultural yields. In other words, the productivity or decline of agricultural produce is directly proportional (largely) to the quality of soil.

Through the use of IoT sensors, a large amount of data can be gotten on the state and condition of soil. Vital soil information such as soil texture, acidity or alkalinity level, soil moisture, presence of nutrients in the soil, temperature, and several other soil condition information can be obtained through IoT sensors.

The information derived can help farmers control irrigation, have the foresight of when it’s favourable to start sowing, or even help in discovering diseases in plants and soil.

The Internet of Things (IoT) has revolutionized the modern world. And guess what? Its revolutionary move is getting faster and faster everyday.

Billions of IoT devices are connected to the Internet all over the world.

IoT technology has proven itself to be essential and valuable in every human field. Agriculture. Health. Traffic management. Security. And many more. IoT is becoming the major technological innovation shaping these industries and transforming them.

4 Major Applications of IoT in the Automotive Industry
The Internet of things is rebranding and restructuring many fields. Its influence can be found in several industries such as entertainment, agriculture, business, health, music and education. Its restructuring move is not left out in the automotive industry. IoT technology…

Internet of Things (IOT): all you need to know about it
“The internet of things”. This is the network of physical objects that are embedded with sensors, software and other technologies for the purpose of connecting and exchanging data with other devices over the internet. What is the internet? We all… 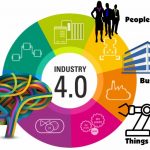 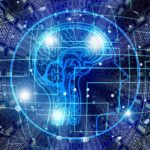