Home » Earn Money by Playing Video Games as a Job

Earn Money by Playing Video Games as a Job 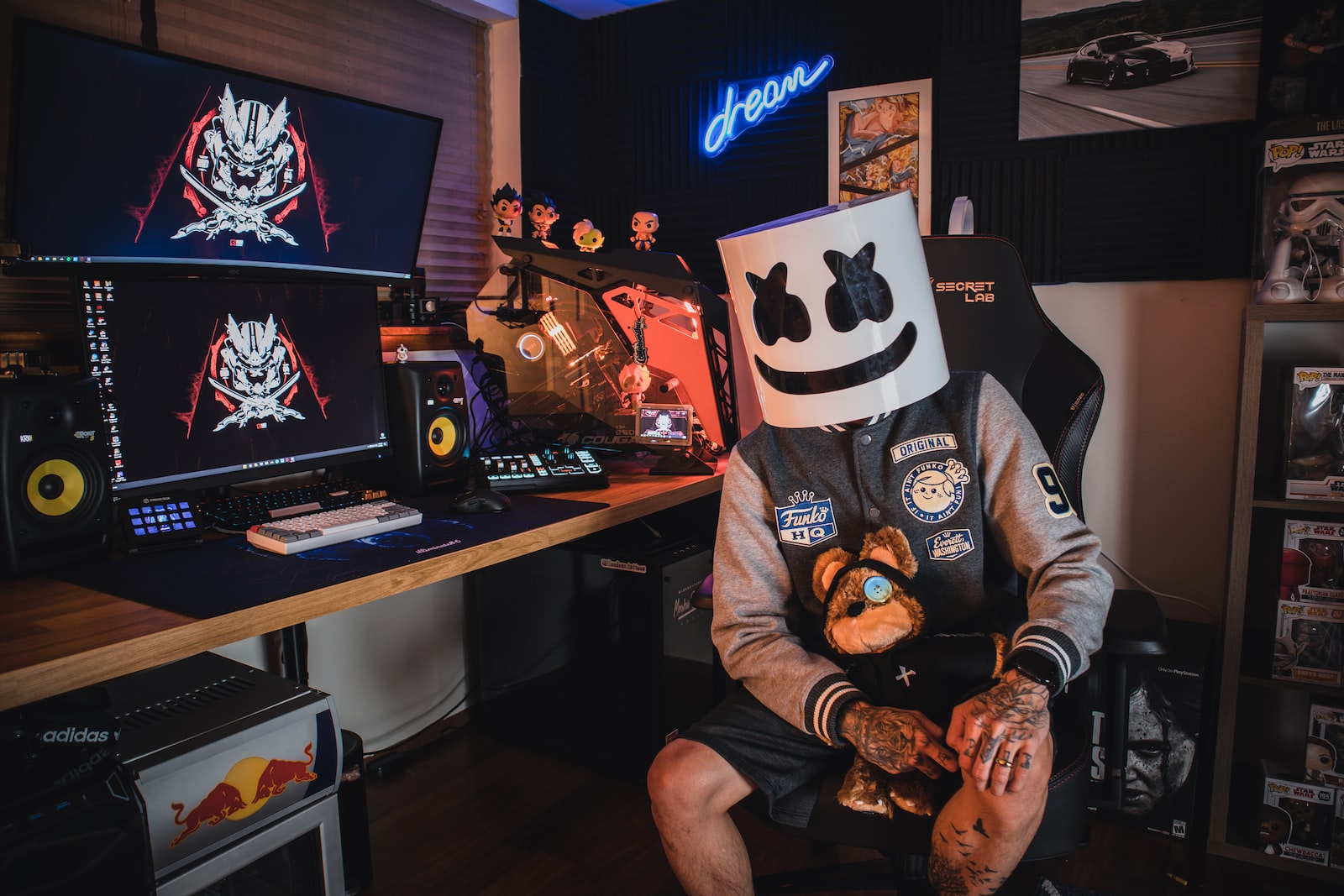 If a couple of decades ago you told anyone that you could make a career out of playing video games in the near future, your interlocutor would have definitely sneered at you with contempt. That’s not possible, right?

But what some years ago would have been considered as just a crazy, nonsensical idea, today has become a reality. And a very lucrative one, for some very fortunate individuals. Nowadays, in fact, creating gaming content for an online audience is not dissimilar to a real full-time job.

Then, in this article, we’re going to uncover how you can play video games as a job!

How did playing video games become a job?

The case of PewDiePie

At what point in time did playing video games become such a sought-after, profitable and viable career? I think it all started with YouTube and Felix Kjellberg, aka PewDiePie, a little over a decade ago.

PewDiePie was the first YouTuber to reach the highest number of subscribers on the platform, and his YouTube career allegedly made him a multi-millionaire. His case is so impressive that he even made several appearances in mainstream media (oftentimes not for very nice reasons, though).

What PewDiePie did to reach this incredible accomplishment was to regularly post videos of himself playing video games on the platform. Videos that, some years later, were getting view counts in the millions.

Advertisers flock to YouTube and creators are now getting paid

Now, advertisers realized the huge public that YouTube personalities such as PewDiePie attracted every day, so it didn’t take long for them to tap into this new market. The platform slowly but surely became ad heaven, and the money it made from that also went to finance content creators.

Videomakers started getting paychecks from YouTube, and this encouraged them to keep creating more and more videos. More videos from popular YouTubers meant an expanding and loyal userbase for YouTube, and more money being received from advertisement companies. It was a win-win-win situation for all parties involved.

In more recent times, YouTube content creators have been relying more on developing partnerships with companies. The YouTuber gets paid by a company to promote its products and services in their videos.

Can you play video games as a job? Sure!

If you like playing video games and you think you’re pretty good at it, this could become your next job.

Let’s see more in detail what are your job opportunities as a gamer:

Are you ready to entertain a bunch of 12 year olds on YouTube or Twitch with your gamer expertise? Well then, being a gaming streamer might be the best path for you.

Get yourself a good microphone, maybe a camera (not necessary), create a YouTube or Twitch account and start livestreaming your playthroughs. Or, if you don’t like the idea of livestreaming, you can post gaming videos at a later time after editing them.

Both platforms allow viewers to make a monetary donation to their favorite creators thanks to the “tip” feature. While tipping is only available during livestreams, your followers can pay a monthly subscription to your channel to sustain your work.

Apart from that, on YouTube, if your videos reach a considerable view count they can be monetized, and you’ll earn money depending on the views you get. I’m not sure if it’s the same for Twitch.

Lastly, you can partner with companies and promote their stuff during your video, or livestream, on both platforms. But to do so, first you’ll need to create a big enough fanbase around you: advertisers are only interested in sponsoring successful creators.

Creating video game-based content doesn’t only mean posting playthrough videos. Instead of showing how you play a game, you could simply talk about the game in an essay-type video, or analysis video, or review video, or even top 10-style videos.

But you could even do some journalistic work by creating videos in which you report the news surrounding the gaming industry. For example, you could talk about the upcoming games of next year, and other things like that. And if you don’t feel like making videos, you could simply start a blog about gaming, which serves the same purpose.

The best way to promote your content is by making posts about it on social media platforms, such as Twitter and Instagram. Telling your followers that your brand-new Kirby and the Forgotten Land video analysis is out over there will attract a higher number of views.

How do you earn money like this? Well, if you post gaming-related videos on YouTube or Twitch, the principles for earning money are the same we discussed in the paragraph above. If users like your content, they’ll donate to you, or pay a monthly subscription.

While with blogging, your source of income would be generated by the ads present on the blog. How much advertisers are willing to pay you depends on the traffic your blog is able to create, though.

There are certain people that get paid exclusively for playing video games. For this job you won’t even need to create social media accounts, to build a community, or to record and edit videos.

Video game companies need someone that can test their new products. So, a video game tester does just that: he/she will be instructed by the development team to play the game in its entirety, in order to find and report bugs and glitches before the game is released to the general public. The tester will give their feedback in the end, which will tell the developers how the game can be improved.

But being a video game tester is not as easy as it seems. Testers must be avid gamers, cultured individuals who are well versed in Videogameology. They must know how a game is supposed to function before their opinions can be considered valid.

Microsoft Teams: Play Games while In a Meeting
Microsoft Teams is currently working on a pretty peculiar idea: giving users the possibility to play video games while using the videoconferencing service. Want to know a bit more about it? Well then, let's find out about the games to…