Home » What is DLNA and what is it for?

What is DLNA and what is it for?

Today, there is no aspect of life that does not benefit from the development of technology. From spaceships to your home room, “invisible” electronic mechanisms make everything work properly and add the plus to almost everything we can do.

It is clear that smart televisions and other electronic equipment have massively invaded the homes of millions of people around the world, making entertainment a new meaning. For example, the need for large extensions and cables of all kinds has almost completely disappeared, thanks to a certain type of technology that allows you to create connections between devices and of which we will talk to you below.

What is a DLNA Server?

DLNA Server (Digital Life Networking Alliance) is a special software protocol and non-profit collaboration standards organization that allows devices such as TVs and media boxes on your network to discover media content stored on your PC. Allows you to share digital media between media devices. DLNA is very useful because it allows you to share the collection of media stored in one place with multiple devices with a single click.

DLNA is also compatible with smartphones and can be used to stream content on HDTV, which means that if you have some interesting or entertaining content on your smartphones and want to see it on a big screen, you can do so using the DLNA server. Here your Smartphone will act as the remote control.

DLNA uses UPnP (Universal Plug and Play), a communication protocol for networked devices that is capable of detecting other devices with which we can connect and interact. However, for such a connection to take place, devices must have DLNA technology built in from the factory. In turn, these devices need to be of at least two types: DLNA servers and DLNA clients.

The connection between devices is made over a network that is configured within your home network, which means that all devices will need to be using the same WiFi or Ethernet subnet. Everyone will need to support DLNA, and there will need to be a server-side device to deliver content, while the rest will act as receivers.

This will create a network where the server-based device will share media files so that other network members can access them. Best of all, you won’t need to install anything on the receiving devices, as they will automatically detect files that are being shared over the network.

They are divided into 3 groups. The same device can play or belong to all 3 groups. For example, a Smartphone can perform all 3 functions.

They host the contents that we will then play. Files such as music, video photos, etc. are stored on the servers. They are usually network hard drives (NAS), PC, Smartphone, etc. Any device connected to the DLNA network that has storage capacity can serve as a dlNA network server.

These are devices such as TVs or Blu-ray players. These will be responsible for the playback of the files. They locate the server and quickly play the file.

Smartphones and tablets are also used as remote controls. They locate the server and send the file to the player.

What devices can be connected to a DLNA network?

The function of the DLNA protocol is to transfer multimedia content, i.e. photographs, audio and video, so the gadgets that you can link to each other will be: Computers, smartphones, Blu-ray and DVD players, video and digital cameras, video game consoles and televisions.

It is important to mention that not all devices that are currently on sale are currently DLNA certified, so first be sure that the computers to be linked are compatible.

One of the advantages of using your desktop for this task is that Windows has a built-in DLNA server that allows you not to need to install any type of application to configure it. In addition, you can select the folders on your computer that you want to share with the receiving devices, so that to share files you will only have to move them.

What is DLNA for?

Currently, DLNA has three billion products certified with this type of technology, easily recognizable thanks to the logo printed on its packaging (such as the one shown in the cover image). The primary purpose of the DLNA alliance is to make people have standardized, easy-to-use technologies that make it possible for their files to be available from any device.

Although DLNA is a non-profit organization that has among its partners large companies dedicated to the development of technology such as Microsoft, Intel, HP, LG, Motorola, Samsung, HTC and Panasonic, there are still others like Apple that resist setting universal standards on their devices.

DLNA is not a new technology –it was created in 2003 – and today it is being rapidly displaced by streaming media playback services, such as Netflix, Spotify or Rdio, however it is a simple and functional communication protocol to play media that we already have stored on our computers, without the need to pay subscriptions to services to access them.

Not all DLNA devices behave the same. Until you perform a test, you cannot know what formats a DLNA device can play. In principle it only supports JPEG formats for images, LPCM for audio and MPEG2 for video. For other formats such as MP3, TIFF or MKV, it will depend on the manufacturer of the device. The more modern ones are compatible with more types, but not a guarantee.

In numbers: Sony and Intel created the DLNA standard in 2003 to replace UPnP. Currently, this partnership includes nearly 250 companies. The current version, 1.5, is from 2006.

The main advantage, without a doubt, is that you can carry out an information transfer without the need for cables and without necessarily the devices being of the same brand, the whole house interconnected. 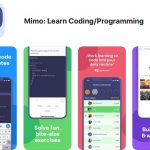 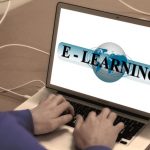 How to know what is the e-learning strategy that suits for us?
e-Learning is advancing rapidly around the world thanks to new technologies have evolved. It is changing and meeting user needs, adapting to market demand. Online training has reported extensive growth through various forms and expressions by taking advantage in new… 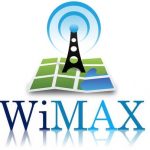 WiMAX Internet: what is it and how does it work?
What is WiMax? WiMax (Worldwide Interoperability for Microwave Access) is a wireless broadband technology with huge coverage and considerable download speed. In simple terms, you can think of it as a WiFi network with much better range and speed. Its… 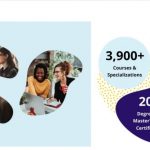 How to learn with Coursera courses?
Technology and online communications have successfully invaded the field of education. A clear example of this is Coursera, an application that has grown considerably, and which is dedicated to providing training at a professional level. What is Coursera? The idea… 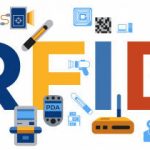 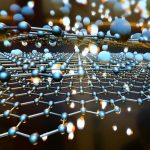 Graphene: the new material that's going to revolutionize technology
It's the fashionable material, one of those discoveries that rarely happen in science, some say. Its vast properties promise to leave a new generation of electronic devices tens of times faster, small or even foldable, in 2004 two Russian physicists…