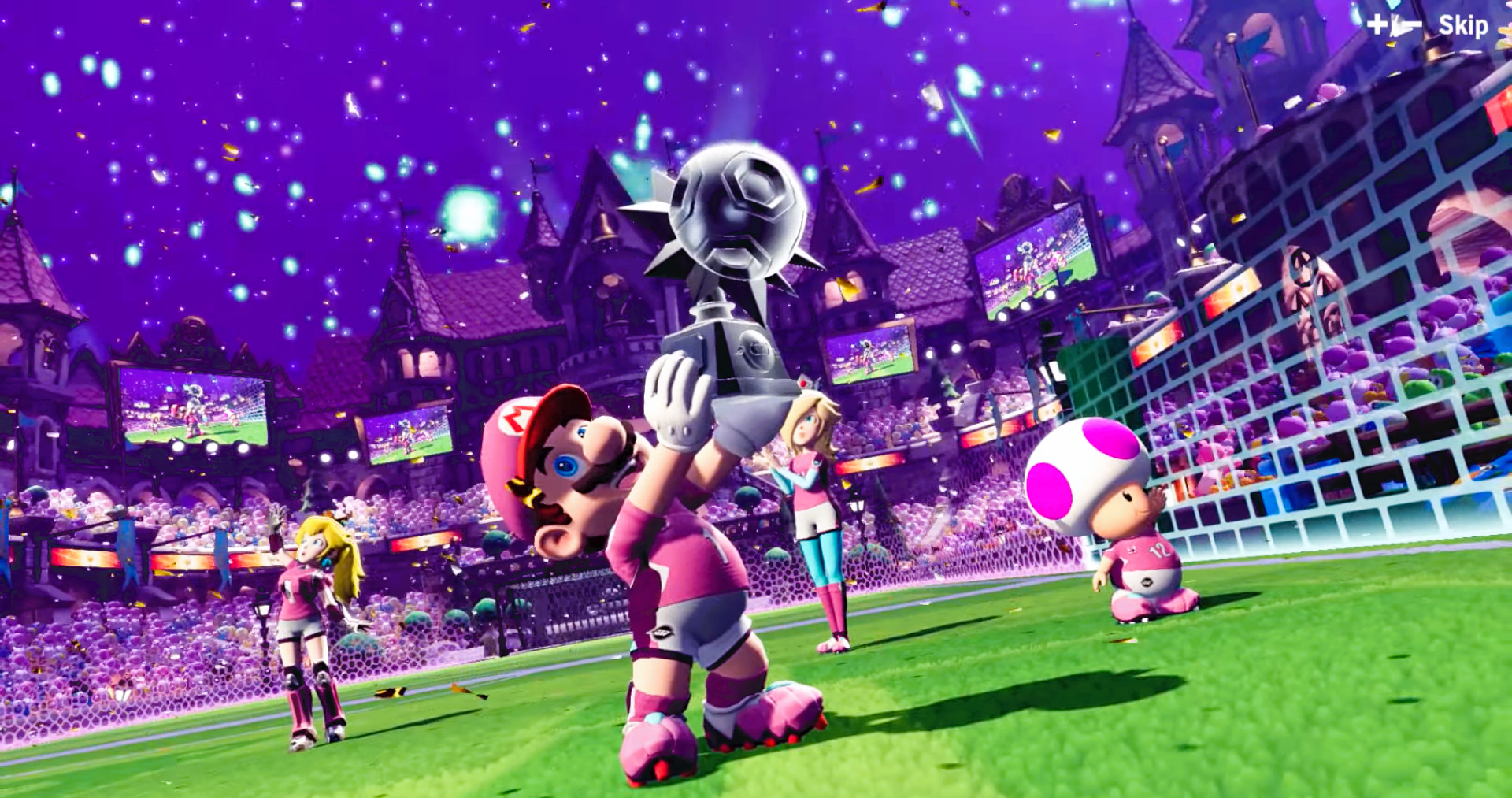 The latest installment of the Mario Strikers series has been out for a few months now. But if you still haven’t found your winning strategy, this article might be of help.

Then, if you want to show off your skills and actually win matches when playing with your buddies, just keep reading: today, you’ll learn about the best Mario Strikers: Battle League tips and tricks!

As for any game that requires skill, the first most important (and obvious) piece of advice you can get is “practice“. Playing match after match, either solo or against your family and friends, will really help get your head in the game.

For starters, getting a good grasp of the controls can do wonders when it comes to timing your moves perfectly. Observe the effect every pass, tackle and shoot has, and try performing any of the moves whenever it seems the most advantageous to you.

A formation of team members who have well-balanced complementary stats can be very powerful. While building your team, each character you pick should excel at something different, be it Strength, Speed, Shooting, Passing, Technique.

By doing so, a player or more will be able to cover another player’s weakness. For instance, if Bowser’s Speed stat is 9/25, adding Toad to the team, who has Speed at 17/25, will balance things out.

But you can also do the opposite: if you’re going for a playstyle focused on accurate passing, you may build a team that’s fit for your goal by only selecting characters with a high Passing and Speed stat.

Gear can be acquired throughout the game with the coins you’ll unlock on the way. While gear makes your character look pretty cool and intimidating, it can turn out to be a hindrance in many cases. It has a trade-off effect: by equipping it to increase a stat, another stat will decrease as a result. So, keep this in mind and apply the principle of balance we discussed above if you want to purchase gear.

When equipping a character, focus on increasing the skills that have a major role in a match. For example, Peach’s high Technique stat allows her to tackle and shoot the super useful Hyper Strikes better than anyone else. Coupled with her naturally good Speed, giving her gear won’t significantly slow her down. Then, boosting Peach’s Technique up through gear upgrades is a great idea.

Hyper Strikes are a special charged-up shot that counts as two goals instead of one, when performed perfectly. Problem is, you won’t have much time to charge the shot well enough with your opponents trying to tackle you all the time.

Therefore, you may resort to simply mashing the A button if you feel like you’re risking a tackle mid-shot. You’ll get a less powerful Hyper Strike, but at least you’re still scoring one point. Better than nothing!

5) Know who to tackle

There are no fouls or free kicks in Mario Strikers, so you can tackle the opposing team in the most violent ways possible without getting a penalty. But it’s important to know that only tackling who’s in possession of the ball will have a positive effect for you (making the player drop the ball).

If you tackle someone without a ball over and over again, the game will award them an item, such as a mushroom or even a star. That’s why you should avoid attacking your opponents while they’re not in possession, because they could use said items against you.