Home » Be like one of the richest in the world and technology: Elon Musk

Be like one of the richest in the world and technology: Elon Musk 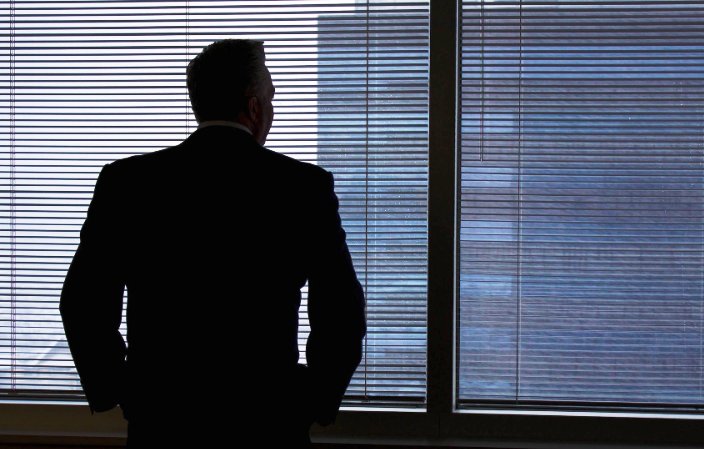 What can we learn from one of the most powerful men in the world like Elon Musk? In addition to business lessons, personal lessons are also very important for us to achieve success.

Let’s see how the technology area can be challenging and how ambitious we have to be in this area in order to achieve our goals.

Be a brave person to take chances

Of course, to reach high places of success, we need to sacrifice many things in order to make this possible. Let’s see, how much risk Elon Musk took to achieve success.

In his career, in the year 2002 he sold his stakes in his initial investments, an Internet city guide called Zip2 and the online payment company PayPal.

By that time, Elon was already 30 years old and was already approaching two hundred million dollars.

His initial idea was to split the money in half. He will keep one part and the other invest in new businesses. However, things didn’t work out that well, quite the opposite.

Both SpaceX and Tesla had several problems in the early stages SpaceX launches failed and there were also problems at Tesla in various sectors, such as design, production and supplies.

With so many problems, the financial side was also affected. With that he would have to make a very difficult choice. Continue with his millions, or invest the other half in companies and have a chance to turn things around. It was where he didn’t choose to be comfortable.

Of course, this may have scared you, of having a chance to go bankrupt. However, that’s not what Musk says. In interviews he did not fear bankruptcy and would place his children in public schools, since he himself studied.

Do not pay attention to opinions that have nothing to add

In 2014 it was one of the difficult phases that he had to go through. There were many comments and reports for all sides showing the difficulty that was going through.

The schadenfreude, coming from the German, and meaning to be happy with the other’s misfortune, was something that surprised Musk. There were several blogs and people waiting for any negative news with the end of Tesla.

But, why this joy of failure? There is a question that Musk ignored to answer. What he did was to stay focused on his goals and solve the problems he was destined to accomplish.

He did not expect that his two companies would earn him many millions, and if we look at it, there are no other companies risking that much in this sector.

What really matters to him is how much trouble you were able to solve, how revolutionary your actions were, and not just how much money you made.

This, in a way, can bring a lot of comfort. Well, it doesn’t matter if you made a big investment and went wrong, what matters is to remain firm in your purposes.

This makes managing your attitudes completely different, as the focus is all on what really matters.

According to Morgan Stanley bank, in October last year, SpaceX could be worth around one hundred billion dollars.

This company has totally changed the form of space flight, in terms of costs, technology and the way of managing, which makes the Tesla owner proud.

The previous year, the Crew Dragon rockets sent six astronauts to the International Space Station. Something like that hasn’t happened for 10 years.

Be happy in what you choose to do

Elon Musk is a person who works 120 hours a week at Tesla manufacturing. Whoever follows this man’s trajectory, can see the happiness in relation to his work.

Musk has already ended up getting involved in controversies related to social networks and the pandemic. In 2018, on Twitter he called all the panic we were experiencing because of Covid-19 “stupid” and isolation was a “forced prison”.

Also in the pandemic, Tesla had to stop manufacturing in San Francisco, began to criticize the blockages caused by restrictive regulations. But none of this has affected their business.

Musk recently announced that Tesla would manufacture an “attractive” car valued at around $ 25,000 over a three-year period and that in a short time, all vehicles would be autonomous.

Technology news from the business world
There are a wide variety of professional areas that the digital age has modified processes and made more and more modern. The technology business is becoming increasingly important in today's world. Development and research are closely related to data obtained…

The best collaboration tools for startuppers
From big organizations to small businesses and startups, collaboration is very essential. Running a business is no one-man job. As a matter of fact, you'll wear yourself out if everything is laden on you. This is why division of labour…

@cerrosuronline a neighborhood initiative that grows as a successful venture
We contacted Mr. Alain Robecchi, creator of what was born as a WhatsApp group for sales and purchases, and which today evolves into an Instagram account called @cerrosur_online. Good afternoon Mr. Alain, we want to thank you for sharing with…

Black Edition: a project by champion Yuliana Grasman with a view to changing the world of motorsport
This time we will be sharing with a young woman who has stood out in the United Arab Emirates, for being one of the best competitors of the 4 x 4 drifter. We refer to Yuliana Grasman, a lover of…

Things humanity has started doing in the last 10 years
The advancement of science and technology, the processes of change and innovation, the change of actors in the economy or the reformulation of different scientific disciplines; progressively lead us to a new type of society. Where working conditions, leisure or…

onEon Group, an idea born to support app developers around the world
A young and talented Venezuelan mobile app developer, is the entrepreneurial mind behind onEon Group. Juan Veloz has created this company with the idea of ​​helping other talents, who like him, want to publish their apps in the best stores…