Home » Danilo Alaimo and the Future of Professional Photography

Danilo Alaimo and the Future of Professional Photography 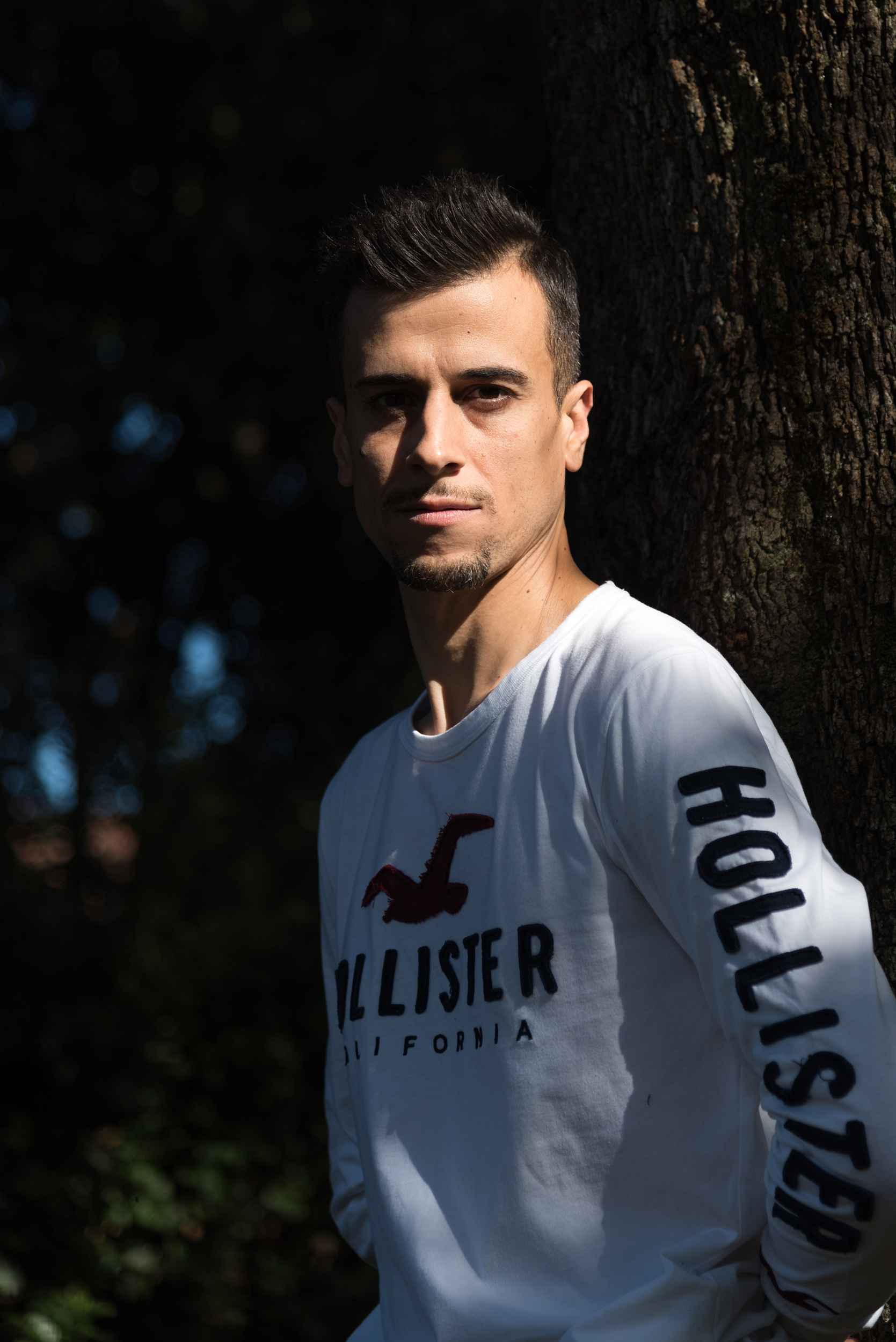 Interview with Danilo Alaimo, a professional photographer and photography teacher, who specializes in interior and industrial photography.

Danilo Alaimo is our new guest on this platform dedicated to young talented individuals who managed to shine in their respective fields thanks to their professionality and drive.

Danilo, nowadays a renowned professional photographer, is a young man from Rome who turned his passion into his dream-job. This blog – as you might have noticed – was created for the purpose of telling success stories, and we’re sincerely thrilled to have Mr. Alaimo with us today.

His passion for photography was born in 2006 following a transfer in Australia, the land which Danilo would like you to meet through his camera lens. It won’t take too long for Danilo Alaimo to get more serious collaborations: he specializes in photography for businesses and industrial photography, and he’s starting to reach more and more successful goals during his work for some big corporations.

In 2015 he started teaching with the conviction that many talented people are waiting for their well-deserved occasion out there, just like he was. His courses in Rome are the most popular, even among absolute novices or students who haven’t yet used a camera in their lives.

Today, Danilo Alaimo is focused on his career as a real-estate photographer. It’s a challenging but also fulfilling field, that gave him the chance to apply his “other” great passion to the world of photography: technology. 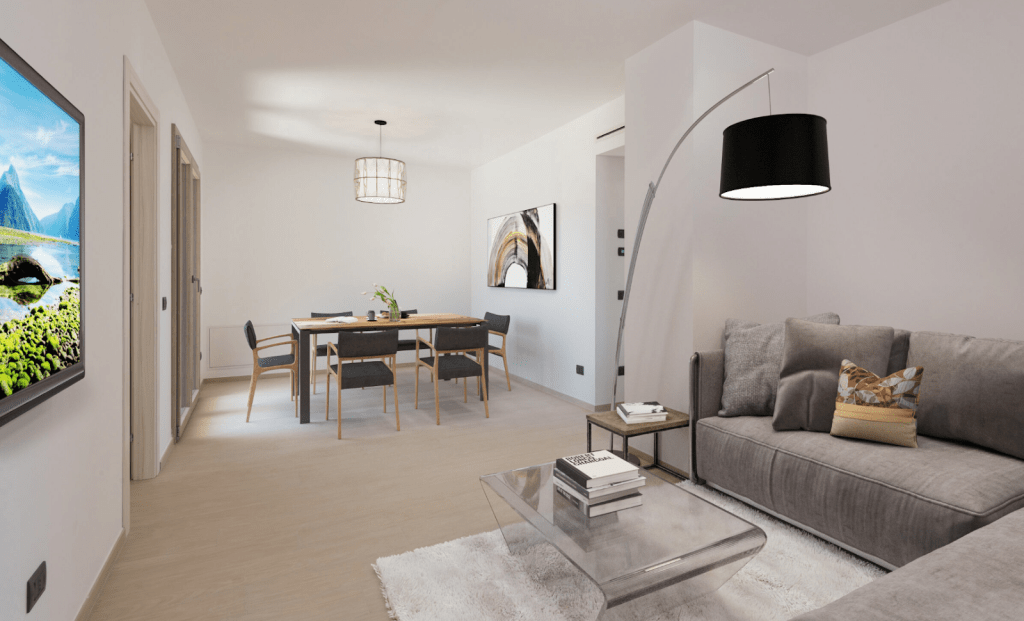 Services for Hotels and Similar Facilities

Hi Danilo, first of all, thank you for your time! Now, how did you get started in the real-estate business?

It’s like a long love story that started as a bet many years ago.

I still remember that eventful walk I took on New York’s Fifth Avenue. Everything was so fascinating, my eyes registered every new thing they came across, but, actually, my job was the last thing on my mind. I was going to take a plane directed to a Caribbean beach from New York, and I was super enthusiastic and curious about everything. I visited almost every store, then I went into a real-estate agency facility. And right there, my life changed forever…

It felt like travelling with a time-machine into the future. This was 10 years ago, and at that time in the US customers were made to “visit” real-estate properties through virtual reality. On the walls, screens showed the for sale houses’ interior spaces, and the 3D technology was very immersive. You could see digital content at every turn. I was ecstatic about that reality, and I thought that in Italy we were still promoting houses by simply showing a picture: we were basically living in the Stone Age!

In that moment, I knew that our country could do much more to promote real-estate. That’s when my bet started. 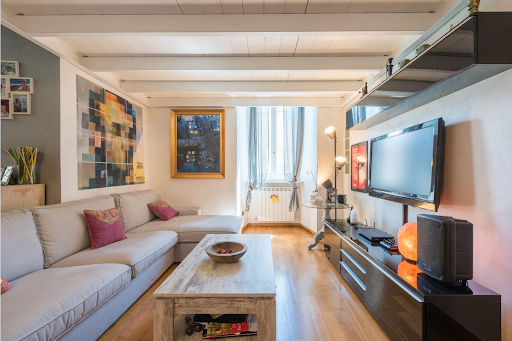 I won’t deny that it was hard. I was committed to what I was doing, but every time I set foot in a real-estate facility, it was like going back in time with the time-machine. Going back to a very distant time. It was embarrassing here in Italy, people who considered a new house could only take a photo of the building from the outside, and that’s it. Like that would help customers get to know their potential house!

You talked about a “bet”. What do you mean by that?

The real bet was thinking that things could change here, that everything would improve, that the digital revolution would come here as well in all its glory, that nothing would have never been the same and that the habit of selling houses via pictures from the outside would have vanished into thin air…

I confidently became the force behind that change, and it was very hard. I was one of the few individuals involved in a niche craft who wanted to open the doors to a new vision in the real-estate landscape. Every agent I met thought they had the best idea, though. They always tried to make me think of their idea as the best in the world, and they did that by using the phone’s overview tool, or photos taken up and down in small spaces, but they also wanted to use point-and-shoot cameras with the flash always enabled, etc… and finally, I realized the only way to get a strike: numbers.

I offered my services one last time for free, so we took photographs of the last properties and confronted the data online. The numbers worked out pretty well! That’s when my success started. By offering my professionality and by giving value to every single location. It was a revolution. I must show you what can describe this phenomenon, because words cannot express it well enough. 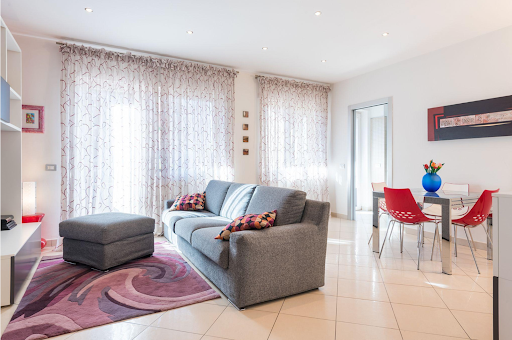 From that day everything changed, we were the authors of a real revolution in the real-estate landscape, truly.

What do you mean by “revolution”?

I mean a radical change, for example, try picturing the change the Industrial Revolution brought along. Well, we could say that the same happened to real-estate photography. There was a real upturn.

Just imagine the jump in quality from a single, aseptic, useless photo taken from the outside, meaning the classic picture of the building, to the reality of today, in which a video can show us how it would feel to live in that house. Imagine to see your future house already furnished, and also where you could place the furniture. Imagine being able to change the floor with a click. And finally, imagine how exciting it would feel to actually live in that house.

It’s a truly positive upturn for everyone and everything involved, including the deal-making process and the customers. It’s an exciting prospect we can benefit from, and that gave people the chance to make a difference in the field.

Is there anyone who positively influenced you during your professional career?

Yes, definitely. This wasn’t the case for my career as a photographer. I studied and I got better by myself day after day, until I was able to teach photography. This was due to my sweeping passion for this craft; as for the real-estate field, though, it wasn’t like this.

My point of view and my vision developed over time, especially thanks to a very experienced person, that is Luca Annunziata from Krea Case. I owe him so much, I learned almost everything about the real-estate world from him. Together, we gave life to a new vision, and I created my first emotional video for selling a mansion under his guidance!

Do you remember who you created your first photoshoot for?

How can I forget about it! It was for the founder and CEO of the Schema Casa company, Valerio Sarti, who was also my classmate in grade school. I’ll never stop thanking him for being the first to give me a chance, and together we learned extensively about the benefits professional real-estate photography was going to have. That was definitely the beginning of my success. Every time I think about those first photoshoots, Uncle Scrooge’s first coin comes to mind. To me, Valerio was like Uncle Scrooge’s first-ever coin.

Is your business exclusively concerned with houses for sale?

At first, we offered services linked to sales, starting from project development and rendering, up to virtual furnishing. But since agencies realized how valuable this all was, they also made us work on rental properties with great economic results. Nowadays, there’s a lot of demand for our services in the construction industry.

I have a funny little anecdote to tell you related to this: in 2008 one of my best collaborators, who then became my number one video-maker, “bought” a new building project on paper from a co-op society. The house never got built, so he lost a lot of money and had to face the consequences.

So, we started a collaboration aimed at casting the light on the best workers in the field to show potential customers the day-to-day process of what those true hard workers were capable of. They accumulated a lot of experience over the years, and today these people are a symbol of quality and dedication.

During the house building process, the final customer can already see how interiors are going to look furnished; it’s a new vision, a revolution – call it whatever – to which we are proud of giving our needed contribution.

How did this pandemic affect the industry, according to you?

It caused a significant acceleration. Agencies became particularly interested in virtual meetings, because the necessity of limiting the spread of the virus disfavoured human interaction in real life. Virtual Reality systems gained traction, so we saw an abandonment of traditional meetings in favour of technology based meetings.

Since this situation started, there are so many more professional services and multimedia content around.

In the future, where do you think photography and the digital image will be in this field?

I lived this whole stage of my life, which lasted 10 years, with the utmost dedication and care. I kept an eye here and there, overseas, and I worked hard on every new project, waiting for this much needed change. Although I’m always looking to the future, I must say that I didn’t expect what happened in this field here in Italy, especially in recent times. Everything is moving super fast, there’s a big positive wave that is bringing along a total change in perspective.

I think that something new, unexpected and unimaginable is about to hit us, because nothing will ever be the same. Our minds can’t comprehend it yet, but it will happen for sure. This is what I think. If we were to make a comparison, I’ll tell you about when my grandfather left for Canada post-war. 20 days later, his ship arrived, then, a month later, my family received a letter from him. My grandfather’s siblings knew he got to America only 2 months – or 60 days – later.

Just imagine telling my grandpa that, in the future, he could make a video-call with his brother to make him know in real time that he got to America. He would go nuts! He would have taken me to work in the camps with him the day after, and he would have deleted the sci-fi channel I watched on the TV. All that to say that his mind would have never conceived the idea of this normally happening in the future.

I feel like today we find ourselves in the same difficult situation of trying to imagine what technology will be like. Technological advancement increases exponentially, it’s a never-stopping rocket our minds cannot grasp, and this is why I’m telling you to buckle up: the future is holding in store a lot of surprises regarding this field. 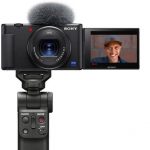 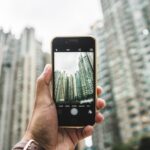 How to create mobile photography, the best tips
Does the term �mobile photography� sound familiar to you? If it doesn�t, don�t panic. This concept was coined just a few years ago. It wasn�t just until the beginning of the 10's decade that iPhone users realized that their smartphone… 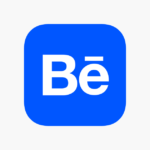 Behance: what is it and how to use it?
In an age where digital presentations are more relevant than printed ones, it is very important to have all your works and creations completely accessible through the Internet. That is why there are networks like Behance, which will help you…