Home » How to entertain with your smartphone: the best games for Android

How to entertain with your smartphone: the best games for Android 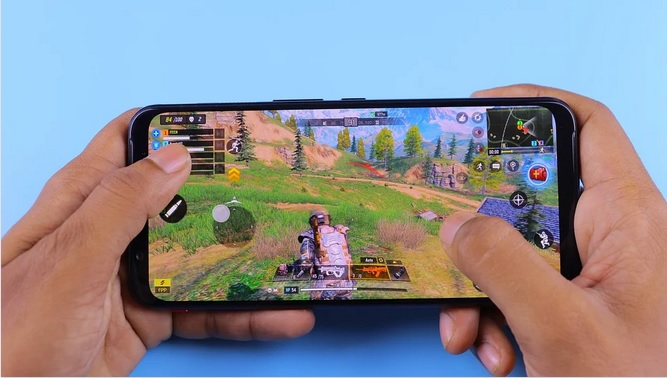 The world of mobile video games continues to boom and grow every day. The Google Play catalog continues to increase its options, with increasingly complete deliveries, both graphically and in general possibilities. There are games of all types for all tastes.

We present you the list of the best for Android, specifically proposals that have been recently launched and that have managed to make a lot of noise despite 2020 is not yet very advanced.

Legends of Runeterra is one of the best games of the first half of 2020. It is the League of Legends card game, one of the best-known installments worldwide. Aiming to compete with rivals like Hearthstone, the proposal manages to get hooked from the first moment, with complex, but fun game mechanics.

The Seven Deadly Sins: Grand Cross, makes a great bet in its graphics, with which it seeks to transmit everything developed in the anime. This is one of the most detailed proposals of the year, presenting a high-quality visual version for an RPG.

The game allows its participants to execute turn-based combats, in which they can select different skill cards to defend, attack and cast different spells. There a lot of missions, high-quality operation and totally free (although with micropayments).

Dragon Quest of the Stars

Dragon Quest of the Stars is one of the most anticipated releases this year. This is a very successful RPG in Japan and that finally has its mobile version. One of the main attractions of the game is that, as in any installment of Dragon Quest, the characters are created by the renowned Japanese manga artist Akira Toriyama (Dragon Ball).

The game is based on an automatic turn-based fighting strategy, in which the diverse abilities of the characters are combined.

It can be played for free, although it also has micro-payments.

Fortnite is not a new game as such, but it can already be downloaded from the Play Store almost two years after it became official for mobile. What to say about the most famous Battle Royale worldwide. Of course, keep in mind that the requirements to play it are quite demanding, so if you do not have a fairly powerful mobile you will not be able to play it.

If you are a regular investigator of the games that inhabit the Play Store, you will have come across the Stickman sagas more than once, games with different themes in which some funny animated figures are the protagonists. Stickman Warriors – Super Dragon Shadow Fight, is a game that is based on Dragon Ball, although this is not official information. In fact, Goku-like characters with different names like Gomu are seen in the game.

High intensity keys, a lot of powers and destroy the buttons that are presented, are the keys in this game. You can play completely free, and if you want you can make purchases to unlock content.

Idle Diggin Tycoon is a rather curious game. In essence, we are doing a sequence of keystrokes on the screen to build several buildings. An entertaining alternative to kill time.

In Bombergrounds: Battle Royale, players take on twenty four contestants, throwing bombs at them, dodging traps, opening treasure chests, and collecting various abilities. They can also kick bombs thrown at them by rivals to return them.

The game assigns us different rankings according to the games we are winning, so the matches are usually quite balanced. This game is free but it has incorporated purchases with diverse improvements.

This is a game designed to test our mental prowess. It includes a series of challenges, tests and puzzles, to challenge our mental agility. We can entertain ourselves by solving Sudokus and word games among many others. It is playable for free, but the game incorporates small purchases.

Slap Kings is a proposal to basically play to beat us. Inspired by the famous face punching contests you may have ever seen on the internet, Slap Kings invites us to hit the right time to hit our rivals with the greatest intensity possible. Slap Kings is free but it has a lot of advertising.

Scrabble GO gives us the opportunity to play the classic board games that we all know. We can enjoy from our mobile the crossword game, the letter tiles and it even has Scrabble dictionaries. It also includes the option to start with some easy games and then move on and test our vocabulary in one of the various forms of competition that it incorporates. It has five game modes in total, so you won’t be bored.

In Don Zombie it is a game in which you advance in a linear way eliminating hordes and hordes of zombies with heavy weapons. The game has more than 100 levels and we have more than 25 weapons, vehicles and traps to finish them. The more levels we advance, the more zombies and the more difficulty. The game is free but it has micropayments to unlock some of its content (weapons, vehicles, etc.).

Sharpen Blade is a curious game that is sweeping the Google Play Store. This is a proposal in which you create your own knife and we will test how well it cuts along different levels. A priori it may not seem like the most compelling storyline, but trust us, it’s quite addictive. The game is free although it has some in-app purchases. 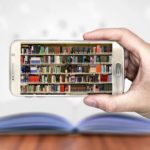 How to read books on your smartphone without damaging your sight
The smartphone is one of the electronic devices that we use the most. Because it is small and easy to carry with us, it has become our daily companion. And that is why many use their smartphones to read their… 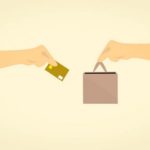 How to sell online successfully
Marketing in any industry is an essential tool to sell online. Companies, businesses or startups of any kind have always had different mechanisms to promote their products and services, and increase their customers. These mechanisms have evolved over the years,… 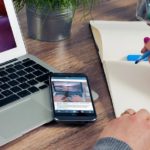 Five best web pages to work from home
Due to the high demand from companies and the rise of freelancers, the platforms that serve as a link between demand and supply of various online products and services, have grown in recent years in a surprising way.   In… 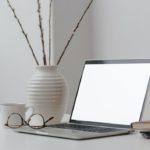 How to educate yourself online
Now you can take classes from prestigious universities like Harvard, Yale, and the University of Pennsylvania at your home's haven, and they're free.   With the coronavirus changing the routine of our daily lives and public health officials begging us… 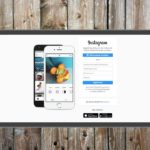 How to be successful on instagram
Instagram has become one of the most popular and most powerful social networks today. If you have an account and want to use it to get more followers and generate income, we will indicate some details that you should know.…