Home » How to Replay Temporary Photos or Videos on Instagram

How to Replay Temporary Photos or Videos on Instagram

Instagram has always had a certain rivalry with another great social media, Snapchat. It was the first one to introduce for the first time the famous 24-hour stories that, after this period of time, self-destruct. This format of the stories had such a success among the users of the platform that, even Instagram, wanted to introduce it on its own platform.

Obviously, the stories are not the only feature that the famous photographic social media has tried to take from the competition of Snapchat. In fact, now Instagram also allows to send temporary photos and videos between two or more users. These types of messages are able to automatically self-destruct after being viewed.

However, it can happen that, once a photo or a video has been sent, you need or want to see them again. But how can you see the contents already sent and reproduced in the Direct of Instagram? As already mentioned, the ability of messages to self-destruct is a feature that has made Snapchat widespread. And Instagram has tried to propose it in every way, but something has always missed, until now that it has finally become available. In fact, now it is possible to decide whether to make the content playable again, whether to leave it forever in the chat or to self-destruct it.

How to make photos and videos playable again on Instagram

In order to do this, you need to modify the sending settings in the Direct of Instagram, in the same moment in which you send the message. So, first of all, you have to open the official app on your smartphone and log in with your own access data, if you have not already done it. At this point, enter in the Direct by going to the icon with the shape of a paper airplane, which is located at the top right. Then, select the conversation in which you want to send a photo or a video. 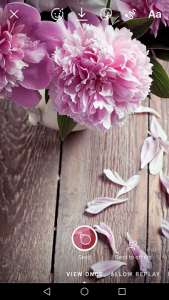 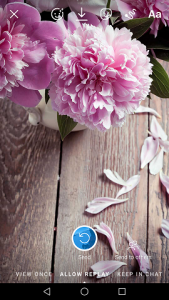 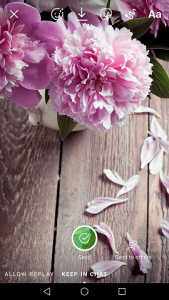 To be able to modify the sending settings, in order to make the sent contents playable several times, you have first record a video, take a photo or upload them from your smartphone. Once you have done it, there will be a preview of the content, and it is here that it is finally possible to change the sending settings. In fact, here there will be three options: View Once, Allow Replay, Keep in chat. By scrolling to the left or to the right at the bottom of the preview, you can decide whether to send a message that is able to self-destruct (View Once), whether to send a message that is playable again (Allow Replay) or to leave it permanently in the chat (Keep in chat).

This is what you have to do if you decide to make this procedure from a smartphone or a tablet, both Android and iOS. But if you want to proceed from a computer and not from your smartphone, you should know that in the Web version of Instagram, that you can reach from your browser, the Direct is not available. So, what you have to do is to download and start the official app of Instagram for computer. Once you have done it, go to the Direct, by clicking on the symbol of the paper airplane at the top right, and do everything that was mentioned before, as the procedure at this point will be the same. 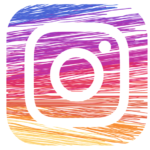 How to See Who Shares Instagram Stories
Instagram is the most used photographic social media in the world, but not everyone knows that many of its features have been taken from Snapchat, another social network based on photo sharing. Among these functions there are surely the stories… 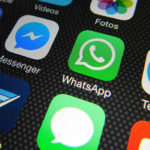 How to Forward a Message from Messenger to WhatsApp
Sometimes it happens to receive a message on Messenger, maybe a video, a text or a photo, and wanting to share it with another person, who unfortunately does not have this app but rather WhatsApp. The procedure to follow in…