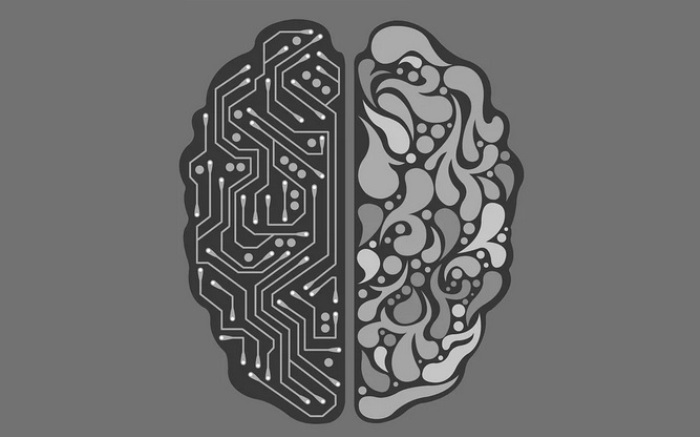 In several health segments, artificial intelligence has shown itself to be present and improving processes even more.

This year, there is a competition that several participants from around the world need to select which is the best way to define the most effective protein structure computationally.

The names were not revealed. These groups were putting their analysis to CASP (Critical Assessment of Structural Prediction). The analyzes were being made with the ones they were already defined experimentally, but not yet shown to the public.

The then known as “group 427” were hitting all of them in a row, from the easiest to the most complex. Something that raised suspicions and possible chances of knowing who was behind these analyzes.

It was AlphaFold, which is part of DeepMind which uses artificial intelligence from Google among other fantastic technologies.

Proteins are a kind of very versatile molecules, responsible for balancing the chemical reactions of cells.

What have already discovered are approximately more than 200 million proteins, found in the most different genes of living beings. To have a better understanding of them, it is something much more complex, since it is necessary to analyze their three-dimensional structure.

Something called protein folding is also very important. Imagine that there are several people holding hands in a certain pattern. And then they ask each one to choose to stay close to those they like with their hands in hand. Is it something predictable to know?

This process is very similar to the amino acids found. They are located in different interactions with those at their side. And at the junction of amino acids that form into a protein, it always ends up in the same three-dimensional structure.

By analyzing and knowing how the structure of the protein is made, it is possible to find out what its function is and how it reacts with the surrounding amino acids. And with these discoveries, create new drugs.

How is it possible to classify the structure of proteins?

A technique used for more than 70 years is crystallography, through the use of the crystal made with the protein being placed on an x-ray and captured by detectors. Then just analyze the result format and support the positions of the atoms.

More advanced methods such as Nuclear Magnetic Resonance and electronic cryo-microscopy have much higher costs and are also used in specific cases, something that is not feasible when it comes to the analysis of various proteins.

In the past with the lack of technology, they were made based on estimates in the analysis of physical interactions between amino acids.

CASP emerged 26 years ago, with a union of groups from all over the world to analyze and predict the structures of proteins.

The winning group was the one that got it most right or had the closest correct results by buying the real structure made experimentally.

The competition was advancing over the years, new techniques were being implemented, one of them was artificial intelligence.

AlphaFold uses deep learning techniques to check protein structures and to verify effective ways of predicting the positions of atoms. The team consists of highly qualified professionals, such as physicists, biologists, and computer scientists.

The group was so spectacular that it had its victory this year. The prediction that they managed to make the most complex structures was somewhat surprising. What can show a great advance of this technology in this area? Is a new one coming to the area of ​​biology?

A big step in the health area

It is something so surprising that these analyzes made by AlphaFold can be used daily by researchers. It will certainly be a big step in the health area.

In the most complex analyzes and predictions to be determined, it is possible to have access, such as those found in channels through the cell membranes, something essential for the study and research of many diseases.

Something unprecedented to happen, professionals as scientists having the discovery of new drugs and being able to project new proteins in the palm of your hand. Studies like leishmaniasis and malaria are done by DeepMind.

Even with something so surprising, there are still many improvements to do. The functioning of this artificial intelligence technology depends on a large amount of data.

One of the difficulties that the team showed in the competition, was in folding a different protein made by many repeated segments.

The progress is expected to increase over the years. It is now possible to understand that protein folding is not enough to determine only by a rigid structure.

Maybe with systems and equipment more in the future, it will be possible to do protein analysis. With practical results and people from all over the world working hard, for sure, soon we will see great news about it.

There is a possibility for blind people to have vision with a bionic eye
Both science and technology are advancing at high speed. Several drugs are being discovered thanks to the technology's ability to analyze increasingly smaller microorganisms, in addition to tests being done faster and more accurately. Researchers from all over the world…