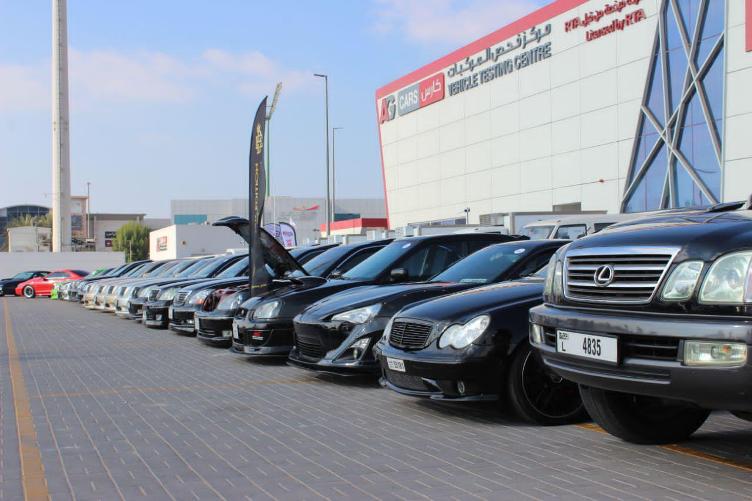 2021 begins in style for the Black Edition Club. The club created by Yuliana Grasman (Afra), the UAE 4×4 drifting champion, has become the first club to simultaneously attend two motorsports events in the UAE.

The Black Edition Club in two events on the same day

Black Edition Club had already scheduled attendance at the Al Zorah Cars Show in Ajman. Participation in this event had been agreed with the Emirates Cars Association (ECA).

Since the first day of the year, the members of the club had been working on preparations to attend the city of Ajman, a beautiful city located on the seafront. 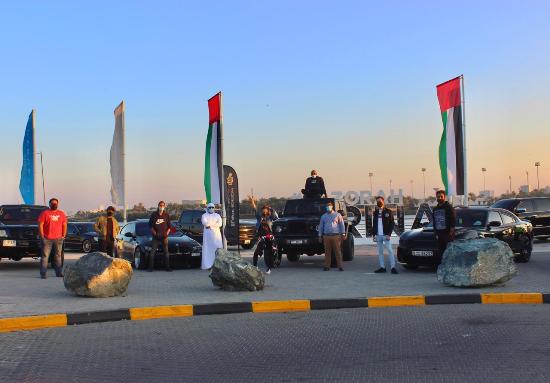 However, the club suddenly receives an invitation to attend the Dubai Carnival. An event that would be held with AG Automobile Service in Mamzar, the same day as the Al Zorah Cars Show in Ajman.

A new challenge for the club

Even though this was the first time that the Black Edition Club faced a situation like this, they decided to put their best effort to fulfill both events.

The same club, two events, two different cities and the same date. This was the challenge to tackle. Once they obtained the details of both shows, they began to form the two delegations that would represent the club in different cities.

The teamwork of the members of the Black Edition Club, led them to become the first club to attend two events on the same day, in all UAE.

A surprise at the Dubai Carnival

The representatives of the Black Edition in Dubai were surprised by a proposal from another of the participating clubs. The UAE LS club proposed to showcase their black cars alongside the Black Edition fleet of vehicles. 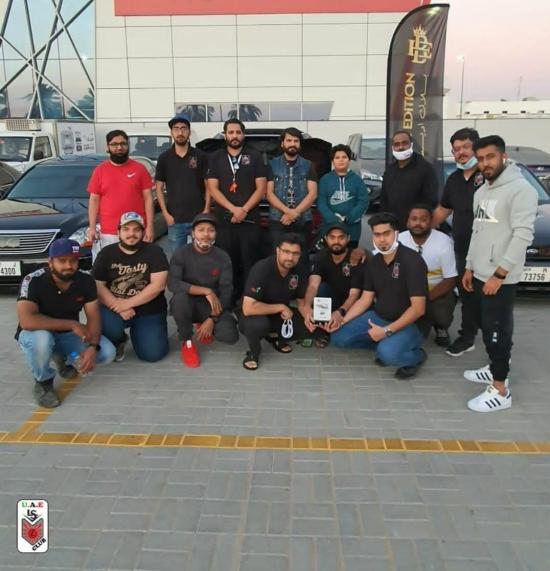 This opportunity for collaboration and teamwork between two car clubs became one of the main attractions of the event. On the one hand, it is the first time that two clubs in the UAE have come together in a show. And on the other hand, the exhibition of all black cars in one space, attracted the attention of both visitors and participants of the Dubai Carnival.

Technology as a communication bridge

Being this a unique occasion for the club and for the world of automobiles in UAE, Yuliana Grasman together with the members of the Black Edition Club who attended the events, wanted to share the moment with all the members who are around the world.

Using Zoom, they established a live video conference between the two events so that all club members could in some way accompany them regardless of the distance.

The video conference was attended by members from various countries, who had the opportunity to view the live broadcasts of the Al Zorah Cars Show – Ajman and the Carnival – Dubai.

Once again technology is present to create unique and unprecedented moments. In this way, the members of the Black Edition Club could enjoy the unique experience of participating in two events on the same day.

Thanks to the nature of the club, its initiatives, organization and new alliances, the club created for car lovers continues to grow.

After its unprecedented participation in two events simultaneously, its ranks of members expanded. Undoubtedly the initiatives that this club presents are attractive, as well as its benefits. 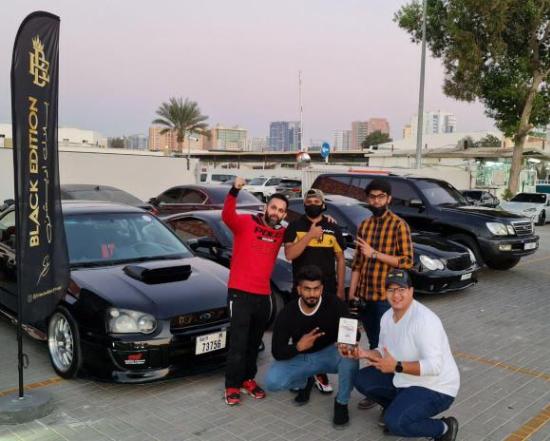 They define themselves more as a family than as a club, and this is what its members express.

In conversation with Yuliana Grasman, the founder of the club, she expressed her gratitude to the organizers of the events for taking them into account. And especially to all the members of the club, who have made it possible for this association to grow and continue its development and strengthening in the automotive world.

Features of latest Lamborghini Huracan
Automobili Lamborghini is an associate degree Italian name notable across the globe and manufacturer of various brands of exotic cars that is an Audi subsidiary successively beneath Volkswagen cluster. Lamborghini has factory-made completely different forms of cars like wild ox…

Black Edition: a project by champion Yuliana Grasman with a view to changing the world of motorsport
This time we will be sharing with a young woman who has stood out in the United Arab Emirates, for being one of the best competitors of the 4 x 4 drifter. We refer to Yuliana Grasman, a lover of…