Home » The future of airplanes that do not pollute

The future of airplanes that do not pollute 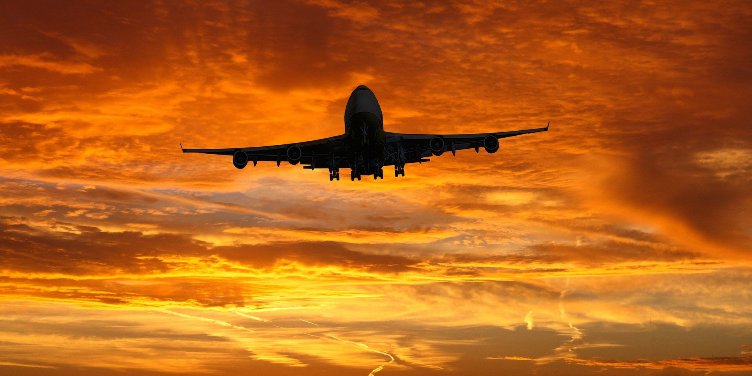 Airbus has been developing and testing an aircraft approximately 3 meters wide, which is considerably small, but the significance for the future can be immense.

It has a shape they call a mixed wing. Its name, according to Airbus, this aircraft is known as Maveric. There are still no reports of official flights. According to the company, it mentions that it is testing and believes that it will bring great benefits.

In the future, it is planned to be the size of aircraft standards. This mixed-wing shape makes its shape lighter and smaller compared to others, however, it has the same payload.

The Maveric aircraft is Airbus’s hope of reducing pollution, as are other companies that are doing everything they can to develop aircraft that pollute half as much as in 2005, by the year 2050.

In the Netherlands, a major project is being developed at Delft University of Technology.

The team is working on a creation that they named “Flying-V”. It is a new modality that intends to offer an efficiency of 20% even in relation to the most modern models, such as the Airbus A350.

The Maveric has a fuselage different from the standard, it is very similar to an arrowhead. That’s because their wings extend backwards. And what can be quite interesting, is that both passengers and cargo stay inside the wings.

For those who design these aircraft, they believe that the cost is less to make all the construction than to make a mixed wing. It would be a good idea to assemble in parts, instead of all at once.

The project started with a graduate student. This project is supported by Airbus and the company KLM.

Challenges for the new model

Some challenges to be faced are how passengers will stay inside the aircraft. In the mixed wing, the large central section makes access a little slower, and passengers who stay in the middle, go further distances from exits.

Another very important factor is everyone’s comfort. Those who sit on the side may feel more irritated when the aircraft needs to tilt, because at the time of taking off the ideal would be at steeper angles than the traditional one.

To innovate in every construction, is something that Airbus is already studying the possibilities for everyone to be satisfied.

Its competitor, Boeing, many years ago studied the theory much simpler, but still, much more advanced than it exists today. Known as the transonic wing with trellis support.

Its rival Boeing has spent years studying a concept that is less obviously radical, but still a clear advance from what we have today: the transonic wing with a lattice support.

The model would look like the standard, however, the wing would be thinner and longer, and would have a support. With this model, it would be a 9% drop in fuel.

The studies are as much about the design as the type of fuel they will use. As with short trips with few passengers, it could be battery powered.

Regarding the long ones, it would be through hybridization. Using as impulse is by means of electrical energy.

Airbus is committed to building the first aircraft that has no pollutants by 2035. The possible components that will be used are hydrogen burning gas turbine engines, and for that to create electrical energy, hydrogen fuel cells. , thus, a hybrid system.

The challenge in getting hydrogen is that it comes from methane, which is a fossil fuel. The process to completion needs a lot of energy to create significant amounts of carbon dioxide.

In other words, the entire production of fuel until use, needs to be more environmentally friendly. For the vice president of Airbus, Glenn Llewellyn, it can be shown by the society itself.

Driverless delivery in 2021
Have you ever thought about ordering a snack, a pizza, or whatever the product and the car that arrives at your house does not have any type of driver, what would be your reaction? With the advancement of technology and…

Be like one of the richest in the world and technology: Elon Musk
What can we learn from one of the most powerful men in the world like Elon Musk? In addition to business lessons, personal lessons are also very important for us to achieve success. Let's see how the technology area can…

Apps used for cloning other apps on smartphones
We produce multiple on-line accounts so we will simply manage multiple tasks. An account where you’ll be able to celebrate together with your friends and therefore you become skilled and find work done. Many cloning apps currently support multiple accounts…

Lamborghini Aventador SVJ Xago
Lamborghini hasn’t been back once it involves rolling out special edition models. It’s a tried-and-tested formula that forever works for the Italian automaker, mostly as a result of shopper demand for these SE models has forever been high. Take the…

Viable startups at Silicon Valley
Silicon Valley is thought to be a world hub for prime technology and innovation settled within the southern part of San Francisco Bay space in Northern CA, United States of America. Silicon is referenced as a large number of innovators…