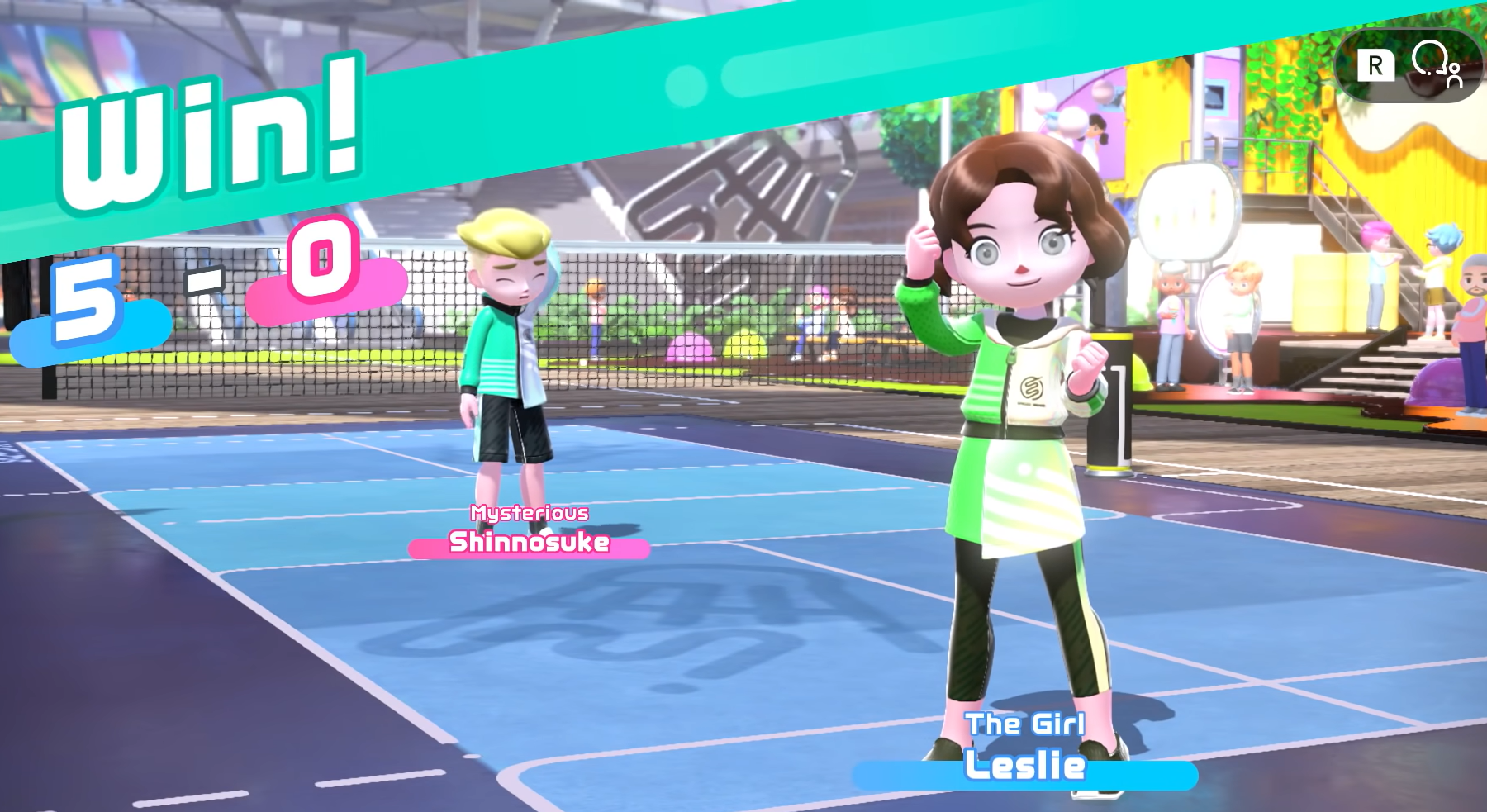 You’ve been playing Nintendo Switch Sports for a while, but your strategy doesn’t seem to be a winning one. Whether you play against the AI or your friends, you always struggle to score points and get some nice rewards.

Well then, if you want to tackle this issue, you’re probably in the right place: in today’s article, we’re going to find out about some tips to win at each sport in Nintendo Switch Sports!

Tips & tricks to win at every sport

While playing Nintendo Switch Sports the competition can get very fierce, because everyone wants to give it their all. Whenever you win, you’re able to unlock new cosmetic items for your avatar and the ranked mode. So, beating your opponents is certainly worth it.

Now, in order to win first place, we’re going to uncover the best strategies to apply throughout each match. In Nintendo Switch Sports you can play 6 sports:

In tennis, timing is key. You may notice that your strokes don’t always go where you’ve planned. The best way to send the ball exactly where you wanted is by swinging your Joy-Con a little earlier than normal.

Another strategy is to force wobbly shots upon your opponent. Try sending the ball to the opposite side of the court than your opponent. While they’re busy running around trying to hit the ball, there’s a higher chance they’ll end up sending wobbly shots your way. When that happens, smash the ball!

Shooting the bowling ball in a perfect straight line won’t result in all the pins falling. So, you need to add some twist to your technique. By slightly twisting your wrist while shooting, you can get a curve ball that’s able to knock down all of the pins.

Your placement is also important. Don’t throw the ball from the center of the lane. Position yourself slightly to the left or to the right for your shot. For example, if you’re on the left, aim to the right and shoot by twisting your wrist in a clockwise fashion.

Here we can take advantage of the height of the goal. It’s so high no goalkeeper will ever manage to cover the top of it with a jump!

This is why you should always aim as high as possible when you’re about to score. If the ball’s arc is high enough, your opponents will struggle a lot to block the shot. Practice with shooting powerful lobs.

Another tip is to preserve your stamina. It’s a precious resource that gets depleted very quickly, so don’t waste it by chasing after the ball all around the field. Only use your stamina when you know you’re close to scoring a goal.

The main winning strategy in volleyball is mastering the block. When your character is at the net, follow your opponent’s movements. Position yourself quickly in front of the opponent that’s about to spike and jump as soon as they jump. If you’re lucky the ball will bounce off you, and it’ll end up on the other side of the net.

Since you can aim your spikes, always try to send the ball when you spot an opening on the opponents’ field.

The controls in badminton are more straight-forward than those in tennis. So, strike as you normally would, and the shuttlecock should go where you want it to go.

One simple rule you should follow is to mix up your strokes and aim in a different direction each time to confuse your opponent. They’ll be forced to run around the court all the time to keep up, and this is when mistakes are most likely to happen.

And when your opponent hits a wobbly shot, take the chance and smash!

Study your opponent’s moves, acknowledge the pattern behind their attacks and strike where their defense is the weakest. If the other player prefers hitting you from one direction and they block from a certain angle, you’ll just know how to perform the best attack.

Looking at the way they’re holding their sword also helps. For example, if their sword is positioned straight up, swipe your sword straight up or down to hit. The opponent will be caught off guard, since the only way they can block and stun you is by turning their sword sideways.

That’s it, we hope this guide will help you win at Nintendo Switch Sports!