Home » What is ubiquitous computing and how is it applied?

What is ubiquitous computing and how is it applied? 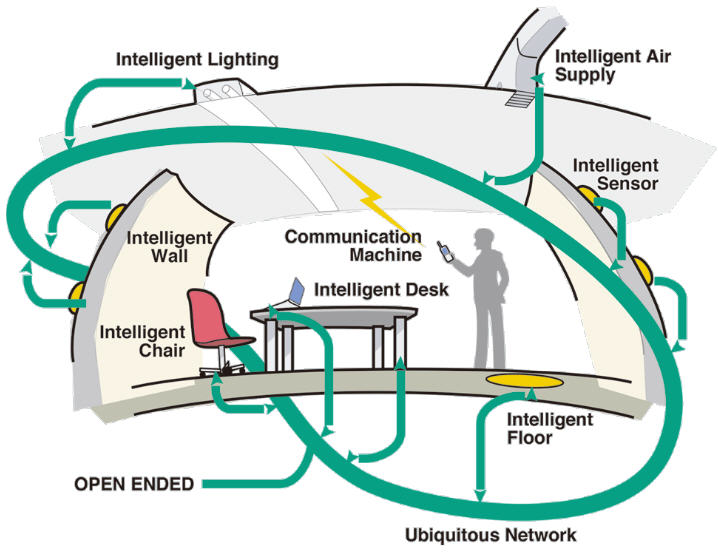 At present it is evident that technology is always connected, allowing to generate increasingly intelligent environments, capable of interacting with the human being naturally, simulating the perception of human reality represented by an information system, which involves the generation of learning to adapt to the characteristics of the context and the agents of the environment.

According to Wikipedia: “The term ubiquitous technology comes from the late computer scientist Mark Weiser who developed this idea in the 1980s. The concept of ubiquity was used by Weiser in the information and communication technology sciences in a job for Xerox PARC in 1988. Subsequently, in 1991 it had a major impact and the term began to be used worldwide.”

Ubiquitous computing is a tendency of all electronic or intelligent things towards network connection, using information systems as the basis. We can also define it as the integration of information systems into our real world. In this way computers cease to be differentiated objects and access to information is achieved at any time and through various devices, giving way to the generation of ubiquitous technology, where technology and human beings are immersed as the main actor of this work called Future.

Ubiquitous computing is a paradigm that contains models related to mobile computing, combined with the distributed computing model. It starts from mobile systems; they work in a distributed way and have the ability to integrate into autonomous environments due to the use of ubiquitous devices.

The technology depends on the use that we will give it, but also its development, design, features. Mark Weiser proposed three different models to shape this technology.

Technological devices with small sizes (Tabs), such as tablets or folding phones that can be easily used and transported by a user.

Smaller devices (Pads), such as watches, bracelets or small screens the size of a hand, could also be like Nintendo Game Boy game consoles, etc.

This new form of computing has the following characteristics

Main functions of a Ubiquitous system

Tendencies to the future

A very relevant role for virtual worlds in relation to entertainment and its strong relationship with social media is in ubiquitous technology. One idea that has been around computer smokers lately is to predict that humanity’s future is in the virtual worlds, even talking about a new educational model or models developed from the implementation and dissemination of new technologies in the world of learning, improving cognitive abilities through computing and communications worldwide. Another big trend is to create interfaces that are adaptable to the size of the devices, that can be everywhere and that also do not need the use of hands. The idea is that you can use sensors and other peripherals (cameras or microphones) instead of your hands.

Ubicua Computing represents a great scientific-technical challenge, a great niche opportunity and is an attractive area for the business sector. Its adoption, as one of the strategic lines of development of the country, will be reflected in a social impact, a scientific impact, a technological impact, and finally an economic impact. The areas of research and development that are identified as high priority within the ubiquitous computation and without being exhaustive specialize in the areas for sensor creation, distributed systems, mobile computing and e-medicine.

Components of an intelligent environment, analyzing the physical and intermediate layer of Ubiquitous computing.

It is related to tangible components that allow an approach and interaction with the environment, such as: sensors, chip systems, insightful interfaces, intelligent materials, reconfigurable processors, speech recognition systems and signs. Both for obtaining user information and receiving system response; among these sensors we find visuals, audio, actuators, among others.

This layer has a responsibility to manage the input and output information that is part of the intelligent environment. This includes data networks and devices connected to it. The physical layer contains the related technologies required for the deployment of a context-sensitive application.

They include intelligent agents, as well as the processes and tasks involved with each of the processes, in order to offer the necessary services.

Scientists encapsulate quantum dots in salt
Currently, the technology that exists on televisions is something surprising. Every detail changes complement the way of watching. There are televisions whose images are so high quality that it is inexplicable. There is a technology called Organic Light Emitting Diode…

How to make Instagram account safe?
Over the last three years, Instagram has improved its privacy tools and resources to help the users in keeping their accounts safe, thus promoting a welcoming, healthy environment on the platform. Instagram, the photo-sharing web application launched in 2010 by…

DJI develops new Gimbal models: check out what's new
Today there are several tools and technologies to make photos and videos much better. Hardware and software working together so that photographic experiences get better and better. If you have never heard of Gimbal, check out how this tool can…