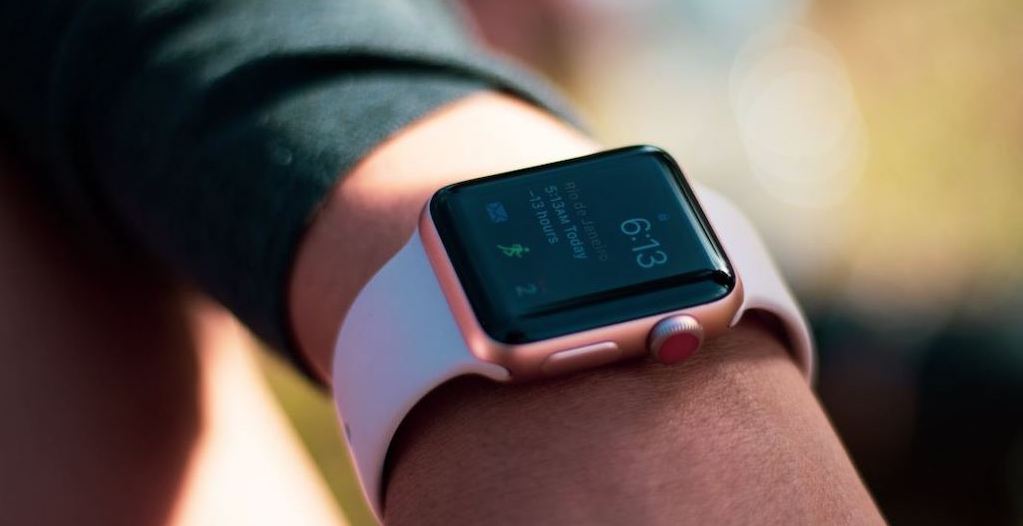 Wear OS – previously known as “Android Wear” – is a version of Google‘s Android operating system launched in 2014 and designed for smartwatches and other wearables. Wear OS integrates Google Assistant technology and mobile notifications into smartwatch form, after pairing the watch with your mobile phone running Android. So, you might want to get a Wear OS smartwatch if you, for instance, want to have your favorite apps at hand without having to grab your phone every time: you will simply take a look at your wrist, and that’s it.

Wear OS supports Bluetooth, Wi-Fi, 3G, and LTE connectivity, as well as a range of features and, as we mentioned, applications. Watch styles include round, square and rectangular, while hardware manufacturing partners include Motorola, Samsung, LG, Asus, HTC and many others. 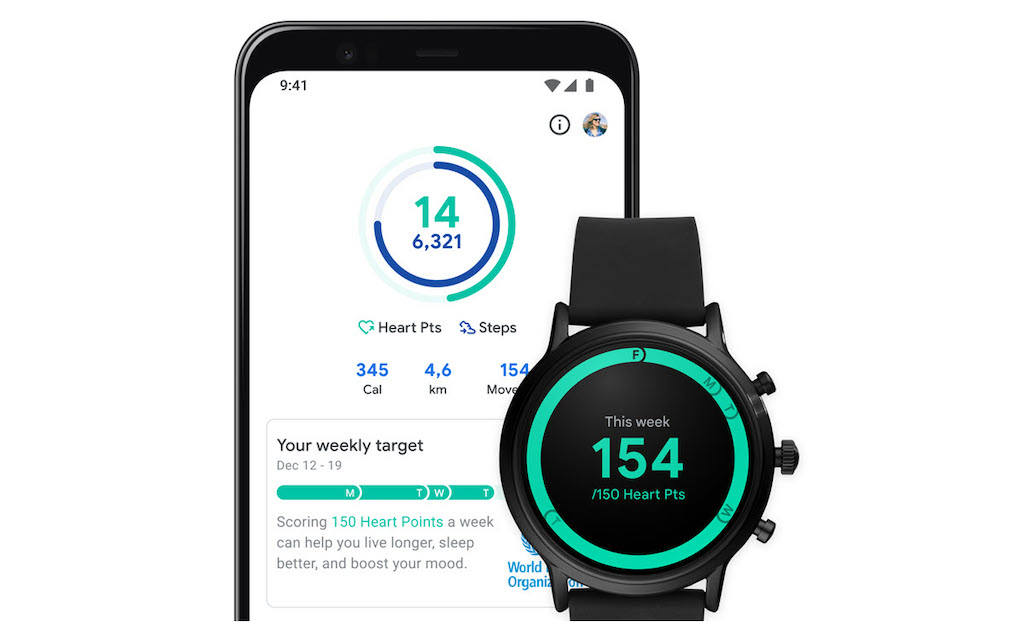 If you like traveling and moving around a lot, with a Wear OS smartwatch you can do many things, like finding directions by voice from the phone, choosing transport mode, including bike, and starting a journey. While traveling, the watch shows directions, and vibrates to indicate turns by feel. Via Google Fit and similar applications, Wear OS supports ride and run tracking, but it also tracks heart activity, it counts the steps you take throughout the day, it calculates calorie expenditure, ecc.

Not only that, Wear OS smartwatches help you with keeping in mind daily activities: your appointments, flight reservations, hotel room bookings, when your next work meeting is scheduled. You could also make payments using your watch if the Google Pay app is available. Additionally, receive and send emails, calls and SMS without checking your phone.

But now, let’s get back to the article. We compiled a list of the three best Wear OS smartwatch choices based on overall performance, design and fitness performance.

The Fossil Gen 5 is probably the best Wear OS watch available and stands at the highest place in Fossil Group’s roster. Gen 5 is a very good-looking watch, with various different colours, finishes and straps available. By looking at it, you couldn’t immediately tell its technological nature.

At 12mm thick and 44mm wide the watch isn’t small, but it still looks fairly slim. The 1.28in AMOLED screen is crisp, clear and bright enough to see in direct sunlight with automatic adjustment. By default it’s on all the time, so you can see the time and notifications at a glance.

Fossil provides lots of highly customisable watch faces, plus there are hundreds more on the Play Store. You can use the speaker hole in one side of the watch with two buttons to launch your choice of apps, while on the other side there’s a rotating crown.

The Gen 5 manages overcome the issues of poor performance and battery life of Wear OS to the past. Performance is good, with no noticeable lag or dip in speed in general usage, helped by the 1GB of RAM and newer Snapdragon Wear 3100 processor. 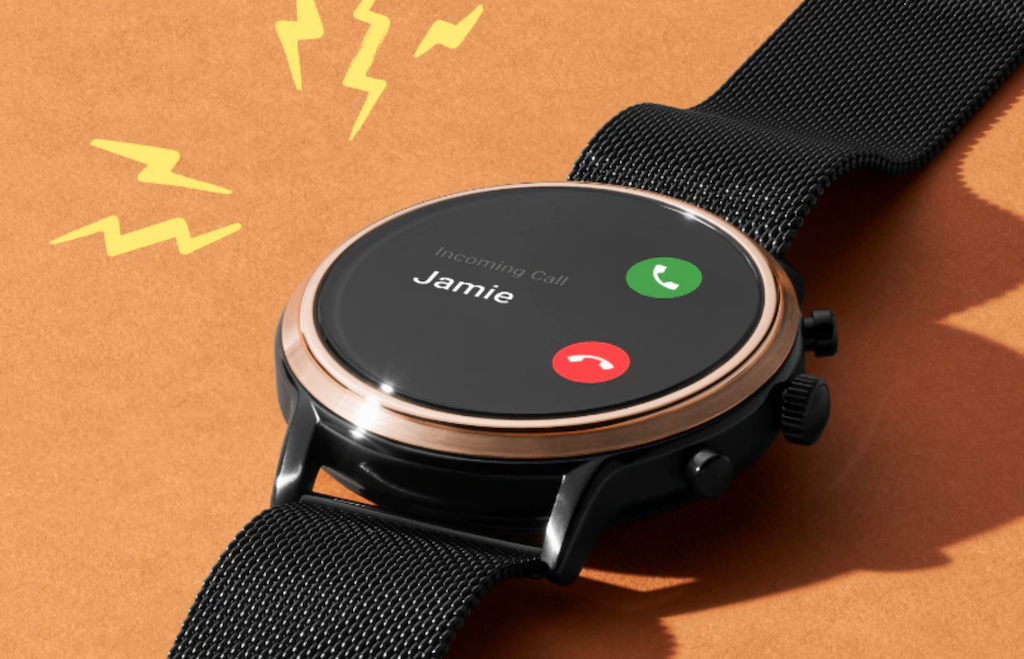 Notification handling is where this Wear OS watch gives it its all. Notifications pop up from the bottom and can be dismissed, expanded to read the text of emails or WhatsApps, or actioned with the same options as available via the notification shade on your phone such as archiving with Gmail or similar.

You can reply to messages using smart canned responses, your voice to transcribe, or with the surprisingly good keyboard which gets the job done for quick things.

Media controls are also great. Start playing something on your phone and they pop up on the watch to skip track or change the volume using the crown. 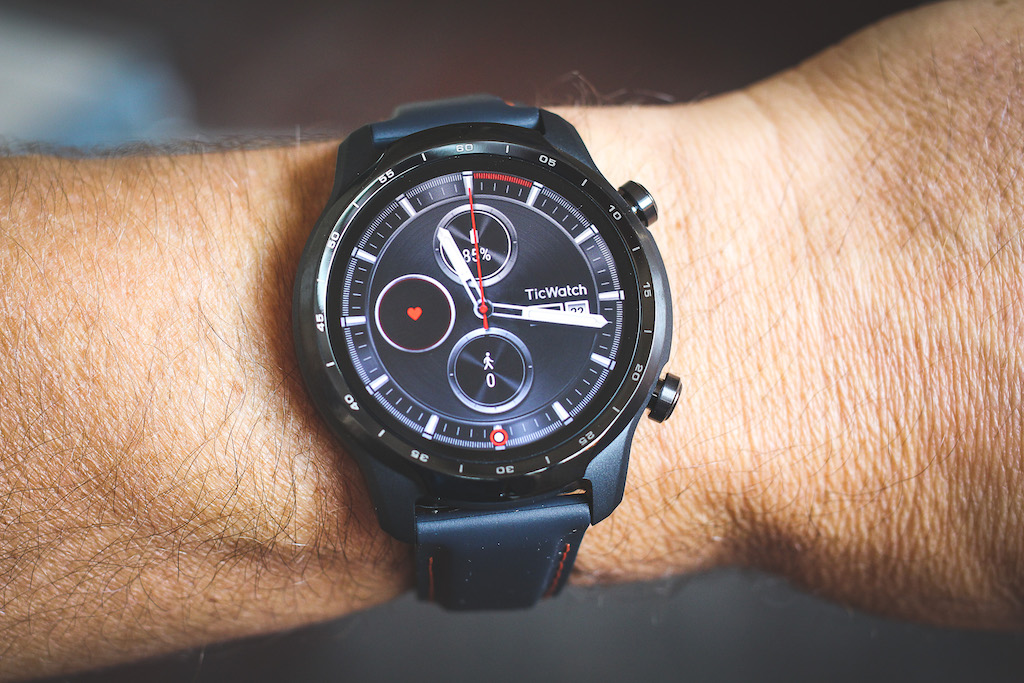 At second place we find Mobvoi’s TicWatch Pro smartwatch, another unexpected gem in wearable device form. The TicWatch Pro is the company’s most premium product yet – although that’s not such a difficult task, as it’s previously focused on making smartwatches that come on a budget with top-end specs but less premium designs to keep the price low.

The TicWatch Pro features a new high-end design and revolutionary dual-screen technology, one of the advantages of which is battery life of weeks rather than days on a Wear OS smartwatch.

The body of the watch is large and has some weight to it, but it doesn’t feel too heavy on your wrist, and it sits comfortably too, while the watch itself is made of hard nylon combined with glass fiber, and the two materials combine to deliver a premium look and feel, and solid build quality.

Two buttons on the right side of the watch are adjacent to the 2 and 4 positions on the watch face: the top button can be used to open the main menu of the watch to see your list of available apps, and can also be used to exit apps when you’re navigating around the watch, and the bottom button is used as a shortcut for your most-used app. 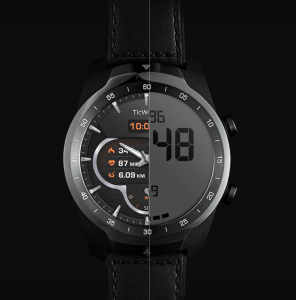 The screen is the key feature of the TicWatch Pro, and it’s a feature that helps it stand out compared to any other smartwatch on the market right now. It combines two screens within the same face, layered one on top of the other, with both using different screen tech so that only one is visible at any time. On the top sits a transparent LCD display that’s used for the low-power consumption mode, which TicWatch calls Essential mode. It’s technically what the company calls an FSTN LCD screen, which stands for Film compensated Super Twisted Nematic tech.

Below the LCD screen sits the round 1.39-inch OLED display. When this is activated it looks similar to most other smartwatches you’ll have seen. This is where all the Wear OS features are accessed, and when you turn the watch on this screen lights up and is visible through the LCD display. The OLED screen is bright, colorful, high-resolution at 400 x 400 pixels, and responsive to the touch.

Michael Kors Access MKGO is the company’s first attempt at sporty smartwatches, and we can say that the attempt had a good outcome. This watch is an appealing prospect for those looking for something light while they exercise, with the watch itself still looking very good and fashionable, although a bit too pricey for what it offers.

So, the Michael Kors Access MKGO is the ideal looking watch to wear when you’re exercising, and that is mainly due to its silicone straps that make it easy to wipe off sweat stains.

The MKGO is fairly chunky from the side, sticking out on a small wrist noticeably, so it’s not the most delicate looking of smartwatches, but this corroborates the idea that this is a watch that’s predominantly meant to be worn while doing things. The 43mm case can look a little large on a woman’s wrist, but not obtrusively so, and it’s lightweight, thanks in part to being largely clad in nylon, so it’s comfortable to work out in.

MKGO has three buttons on either side that can be set as shortcuts. The large middle button is a rotating crown for easily scrolling through options or the apps menu. For the other two, one goes straight to the Michael Kors app, while the other opens Google Fit for quickly recording a workout.

The display is a good 1.19 inches, and the resolution of 390 x 390 ensures it looks sharp and crisp, whether the display is dimmed outside of use or brighter when being manipulated.

Update your Google Chrome Browser on iPhone & iPad
Google Chrome updates - as for any other browser - are a way of keeping the service secure and safe overtime. Also, updates can introduce new browser features, so if you're currently using Chrome you'll probably want to get the…

How to Change your Wi-Fi Password in a few easy Steps
Changing your home network Wi-Fi password may become necessary for security reasons, for instance, in the case that someone got ahold of your password without your permission. If you have any Google Nest devices, know that you can do so…