Home » How to Create a Telegram Bot with Commands

How to Create a Telegram Bot with Commands

Telegram is an instant messaging software that rose to fame in the last couple of years. Born as a competitor of WhatsApp, the app has been around since 2013 and it was launched by developers Nikolai and Pavel Durov. Telegram’s popularity took off as people started to realize that the app is one of the best on the market when it comes to secure messaging solutions, since it guarantees the users privacy thanks to its end-to-end encryption. Another reason as to why Telegram is being preferred over WhatsApp – the leading instant messaging app all around the world – is the recent controversy surrounding the latter’s new privacy policies; that is why Telegram is now estimated to have about 500 million active users.

What are Telegram bots?

Now, Telegram allows the use of bots, and if you don’t know what that means, we’ll explain it for you. Bots are third-party applications that run inside Telegram. Users can interact with bots by sending them messages, commands and inline requests. But you can do so much more with a bot: it can provide you with translations, alerts, weather forecast, formatting, but it can also act as a newspaper that sends you newly published content or offer you paid services as a virtual storefront. Not to mention that bots allow you to share content from external apps and services, like YouTube, Gmail, GIF, etc. 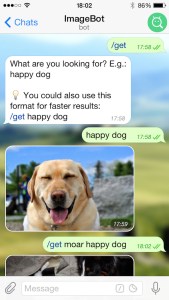 Telegram bots are essentially special accounts that don’t require an additional phone number to set up. As a user, one of the ways to interact with bots is sending them messages and commands, so that you will start a chat with them, or you could also add them to chat groups. 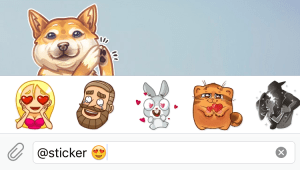 Messages, commands and requests sent by the user are passed to the software running on your servers. The Telegram server acts as intermediary between you – the user – and the Bot server and it handles all encryption and communication with the Telegram API for you. You communicate with this server via a simple HTTPS-interface that offers a simplified version of the Telegram API. That interface is Telegram’s Bot API. 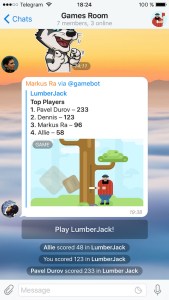 If you wish to create your own Telegram bot, you can do so by talking to BotFather, that will make you follow a few simple steps. And once you’ve created a bot and received your authorization token, you can teach your bot about what it can do.

But now, let’s dive right into the article and find out how to add commands to a bot!

Create a bot and add commands in a few easy steps

Once you created a bot, you can give it commands, meaning that the bot will perform certain actions or simply answer with a predefined message when prompted. Commands follow the syntax “/command“. They are used in many cases to communicate information to users without the need to send repetitive messages.

Before giving a bot commands, first you’ll need to create a bot by contacting the BotFather: 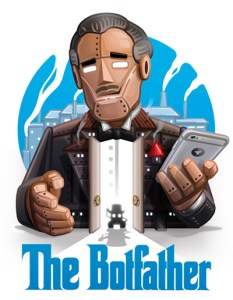 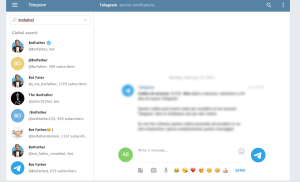 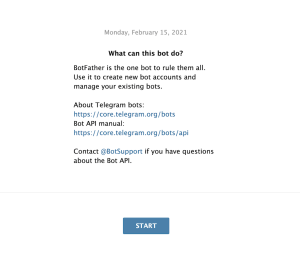 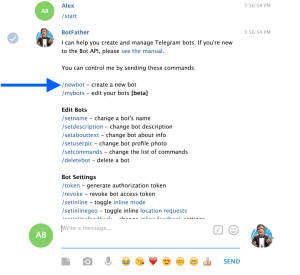 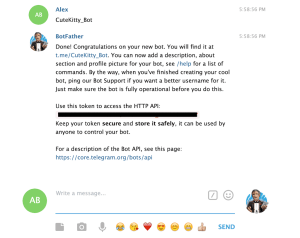 You won’t need to have any programming skills for these next steps, because we’re simply going to use another bot that will allow us to create commands for our bot: Manybot. What you’ll need to do now is: 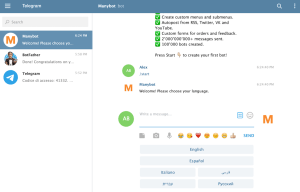 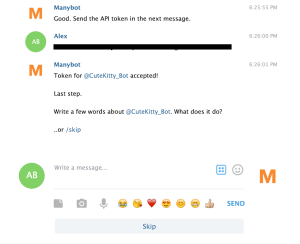 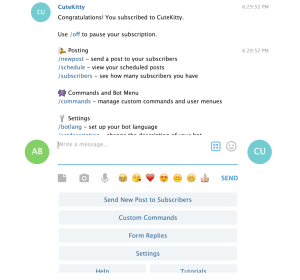 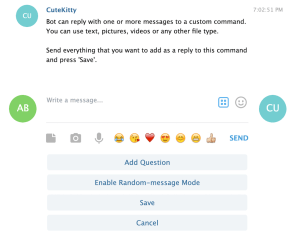 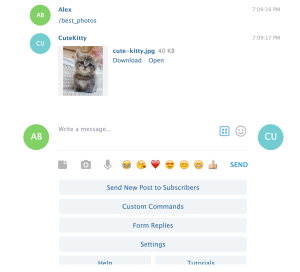 Apps used for cloning other apps on smartphones
We produce multiple on-line accounts so we will simply manage multiple tasks. An account where you’ll be able to celebrate together with your friends and therefore you become skilled and find work done. Many cloning apps currently support multiple accounts…

How to configure your account in Telegram?
Telegram, like WhatsApp, is one of the most widely used messaging apps worldwide. Recently, this application has considerably increased its number of users, because the new rules for using WhatsApp are not to the liking of many people. Telegram since…

Upload PDF Files on Google Classroom from Mobile Device
Google Classroom is a free web service offered by Google meant to simplify the lives of many teachers and students. In short, Classroom allows users to create, distribute and grade assignments and - more in general - to share files…

Recover your Deleted Pictures from iPhone without Backup for Free
Having a backup on iTunes or iCloud of your photos, videos and other files from your iPhone is always the best idea if you don't want to risk losing the files. So, if your phone breaks down, starts malfunctioning or…