Home » Interview with Luca Ciminiello, the Startupper for Education

Interview with Luca Ciminiello, the Startupper for Education 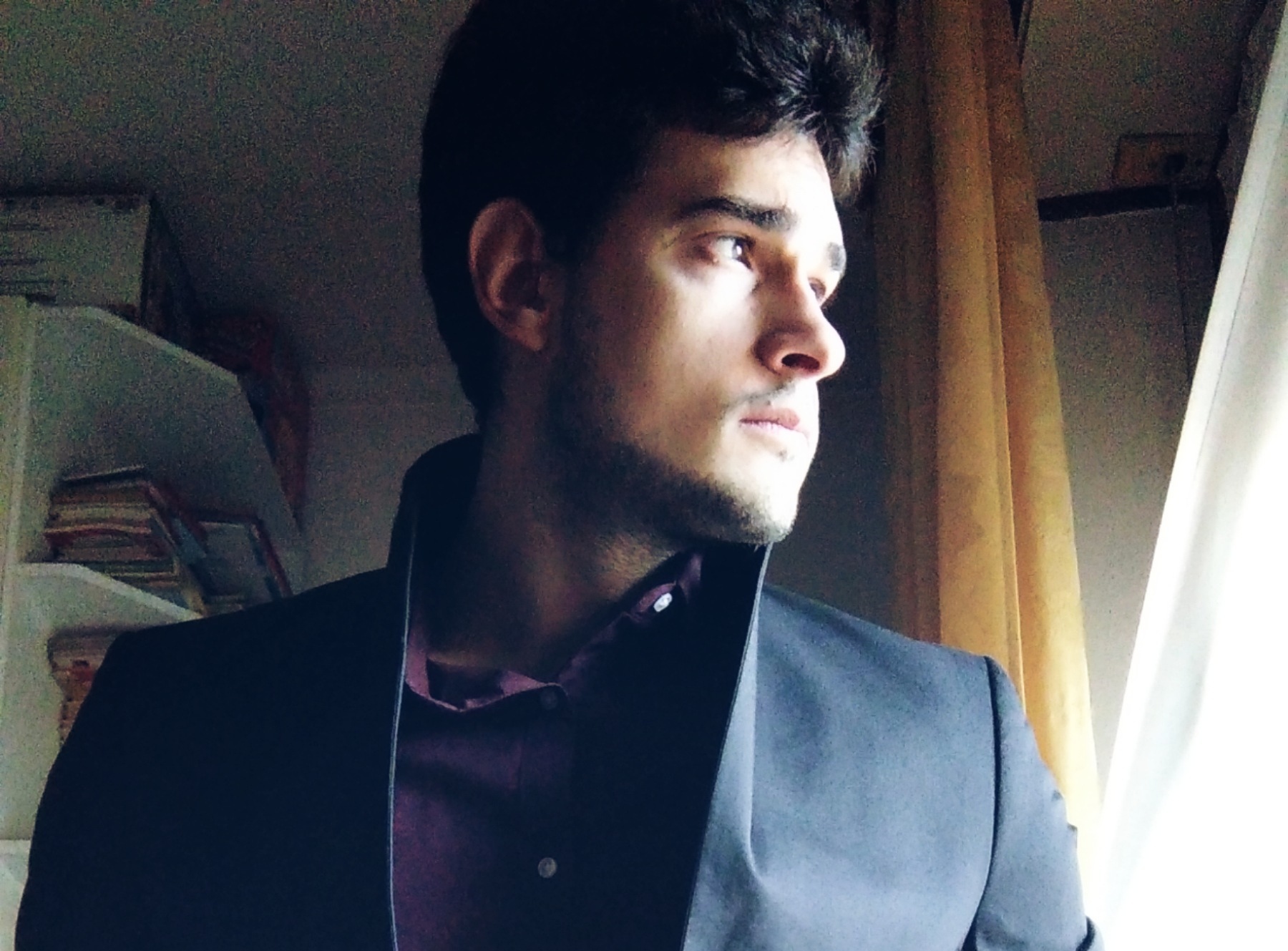 Luca Ciminiello is the founder of Gauntlet, an innovative startup company currently incubated by Dock 3 – Roma Tre. The subject matter is Edutainment, the top entertainment form aimed at education.

Over the last early spring days, we had the pleasure of meeting Luca Ciminiello, a young 25 year old computer engineer from Rome who just graduated for the second time from University with a degree in biomedical engineering. But if you have the assumption that we’re dealing with the typical bookworm nerd with no other interest apart from studying, you’re definitely on the wrong track. So, stop right there, backtrack a bit, and let’s start all over again.

Luca grew up like any other young boy his age, not particularly interested in studying and with a disinterest for scholarly culture that implies a rebellious and cheeky attitude. That’s why, nowadays, it is so hard to imagine him with two degrees (not even easy ones to achieve!), and as the leader of a small task force with the goal of pursuing his dream project. And yet, there he is, intent on developing his new social media platform targeted at young people with the goal of spreading culture and education while having fun. Gauntlet was, in fact, born in an actual game environment in which young boys and girls can challenge each other through questions pertaining to various subjects in short daily competitions. Is that all? Not really, since the platform, incubated by Dock 3 from the University of Roma Tre, is, at the present day, transforming and adapting to attract not only the youth, but also other companies. How? Let’s learn about it from Luca himself. 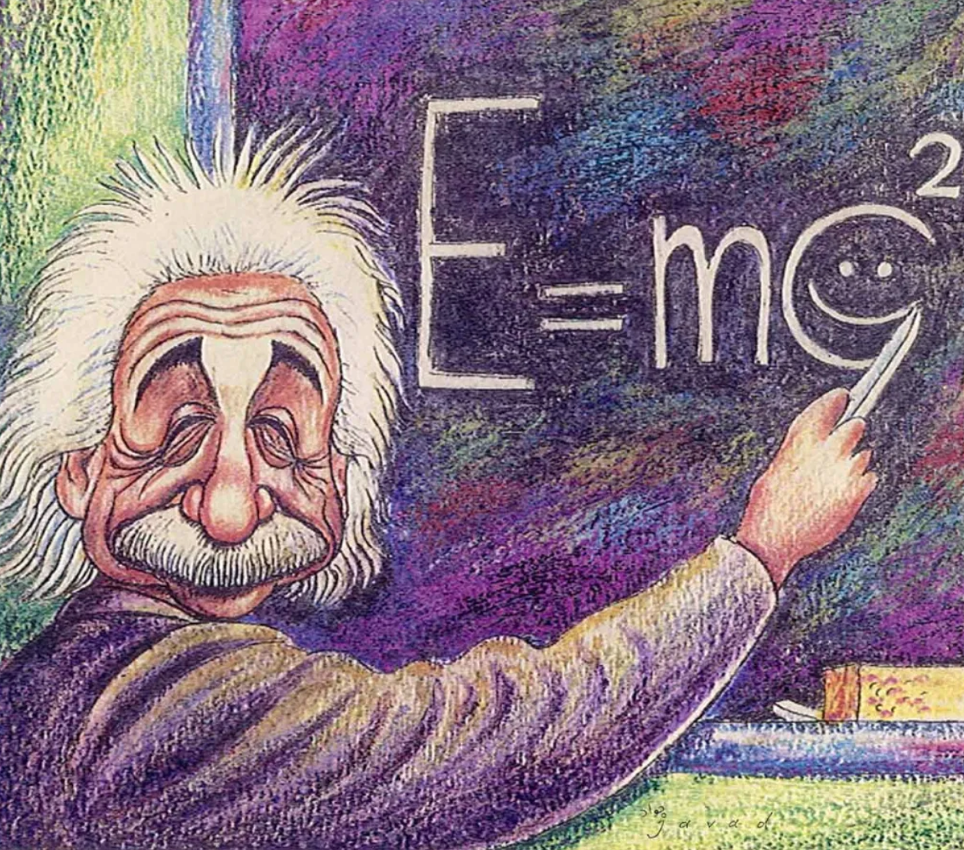 Hi Luca, first of all, thank you for your time. Let’s start from the beginning with the most classic of questions: Who is Luca Ciminiello?

I’ll tell you, Luca Ciminiello is an ordinary guy, a person like any other who wants to do something big, though. I’d like to look back on my life when I’ll get old and feel accomplished about the path I walked, I’d want to feel like I gave it my all in everything I did, and, most importantly, to know that my contribution in our society has been valuable. This is my philosophy: ‘When you have to do something, try as hard as you can and be as passionate about it as you can’, and this is valid for any situation, even when I just have to cook some pasta. This mentality of mine comes from two things. The first thing is having left my family at 18 to play football in the D-league in Piemonte. That’s when I truly understood what it means to get by on my own without anyone’s help, but, first and foremost, I learned what it means to respect someone who is much more experienced than me. The second thing was my father’s influence. When I was little, every August he made me wake up against my will at 7 am to go for a run and train. He made lots of sacrifices to take me to football practice and matches, we spent hours on end on the road. Only after all these years, and after watching the ‘Rocky’ movies, I understand how important it all was. My father taught me what it means to be a professional, to always give something more than the others and to have a winner’s mindset.

In one of our previous chats you confessed to us that one of Mike Judge’s films, ‘Ideocracy’, has been very important for you. Can you tell our readers as well about this little anecdote?

That’s indeed an interesting story. A professor from my University recommended that I watched that film: it shows a future in which humanity has become increasingly ignorant and dumb. It was supposed to be a funny flick, but it genuinely made me worried. I started to think about how today especially the younger generations have very little interest in culture, and that was the point when I had the inspiration of creating a Cultural Social Media, the purpose of which would be to get people interested in the world.

How come did you specifically choose Edutainment as the field in which you could make your creativity flourish?

I use irony at every chance I get, mainly auto-irony. It comes naturally to me to crack jokes on the spot, and even in a cultural environment I manage to come up with gags when I deal with authors and I analyse their work. In my social network I also included some elements called ‘Cards’, through which famous people talk about themselves to the user in funny informal ways. I wrote all of their stories myself. With that said, I’ll tell you that maybe I was destined to go for a career that reflected my personality.

Let’s play a game: we’re potential investors, now tell us about your project.

The platform is currently a supplementary tool for business training courses when it comes to working from home. The objective is to use gaming mainly as an evaluation method for the employees’ soft skills. Employees will be subjected to group games, and a particular focus will be on virtual Escape Rooms. The trainer will upload the content of each course on the platform, so that employees will be able to test their skills by playing together. Soft skills evaluation-wise, we were thinking about using machine learning techniques to create emotional video-analysis: it’s a field in continuous expansion, therefore we want to make the most of it to have more competitive advantage.

How is the experience of the universitary incubator going so far?

It’s been a significant journey, I would recommend it for whoever is at a starting point as an entrepreneur. During the webinars I learned from many capable and experienced teachers. They definitely helped me grow, and they also contributed to develop my idea by making it truly innovative and possible.

Luca Ciminiello 10 years from now: where will you be?

In 10 years, I see myself as someone who did what he set out to achieve and who gave his life a clear direction. The curiosity I have for science, art and the world in general will never change. Independently of the job he’ll have, Luca Ciminiello will be for sure proud of the man he became and will keep on giving everything he’s got in everything he does. People always tell me to rest and take it easy, and my answer to that is: ‘I’ll rest when I’ll be gone for good’. This sentence effectively summarises my philosophical view on life.

"Mi espacio creativo", the beautiful venture of Yuleny Coy
Yuleny Coy is a woman who like many decided to venture into the world of entrepreneurship, putting into practice new ideas and all her creative potential. Being a professional in the field of technology, Yuleny has known how to combine…

How to remove Skype for Business from startup?
Everyone has known Skype for a while now, thanks to the ability of this software to connect with many people anywhere in the world. For no one it is a secret that the demand for this type of service has…

How to schedule Instagram posts with Facebook
As exposed by connoisseurs and users, the well-known Social Network Instagram has been adverse to programmers. A while back, the only option you had to post photos there was through the same app and at the time. Fortunately, today there's…

3 Mobile Apps every entrepreneur should use for productivity
Being an entrepreneur is no piece of cake. It's as serious and demanding as running a country! As much as that could sound exaggerating, there are grains of truth in it. If well examined, it'll be discovered it's not a…