Home » The Microelectronics revolution, where is it taking us?

The Microelectronics revolution, where is it taking us? 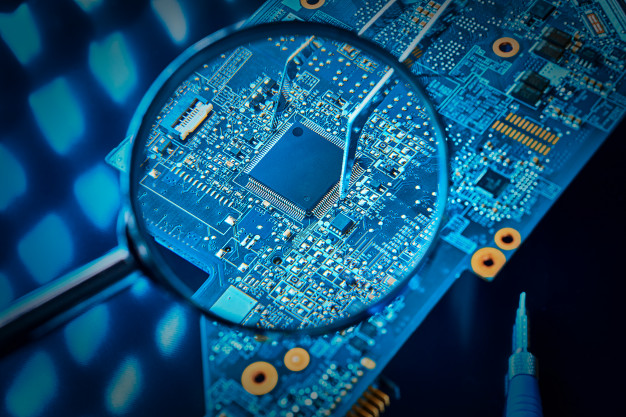 Every day we are forced to adapt to various changes, due to the constant technological advances that are presented. One of the great advances that has been presented is the evolution in the microelectronic field.  It is basically the application of electronic engineering to components and circuits of very small, microscopic and even molecular dimensions to produce devices and electronic equipment of small but highly functional dimensions.

Electronics has been around various scenarios in the history of technology. Since the transistor appeared in the 1940s, in the early 1950s microelectronics began to develop, but it was until the 1970s that the public had access to it, when progress in semiconductor technology, attributable in part to the intensity of research associated with space exploration, led to the development of the integrated circuit. The cell phone, CPU microprocessor and Palm-type computer are clear examples of the current scopes of Microelectronics Technology.

The greatest potential of this technology was found in communications, particularly in satellites, television cameras and telephony. Also in the early 1980s microchips began, from there has not stopped the evolution of this technology that has led us to achieve the unimaginable.

Gordon Moore in 1965 analyzed chip production data and noted that the number of elements the technology accommodated within a chip doubled approximately every 18 months. This trend has remained to the present.

A microelectronics technology is understood as the set of rules, standards, requirements, materials and processes that applied in a given sequence, allows to obtain as a final product an integrated circuit, which are miniaturized electronic devices. The most important are current silicon integrated circuits.

Microelectronics is the technology by which electronic devices packed in high densities are designed in a single piece of semiconductor. This aspect includes the nature of microprocessors and microcontrollers.

A large future is displayed for low-cost microcontrollers in the application industry where the low price number of pins counts; small memory devices reach previously unreachable levels. A combination of growing consumer demand for more sophisticated applications and the requirement for competitive differentiation is leading the adoption of electronics within the application industry. Offering microcontrollers is a cheap way to add distinguishing features and improve application efficiency while continuing to reduce the cost of systems. In the past this evolution had not been possible for high volume products due to the relatively high price of small microcontrollers.

Applications are changing from mechanical to completely electronic as microcontrollers have been incorporated into designs. The migration in the mechanic to electromechanical industry, to a completely electronic control has been taking place for several years now. Today, microcontrollers are able to provide intelligence for any electronic solution. While providing intelligence, the primary reasons for electronics adoption are improved reliability, lowering prices and improving energy performance as required by the consumer and government.

An 8-pin microcontroller is sufficient to control a stepper motor using the input and output (I/O) ports as high-current pins. It can be controlled with a simple keyboard using a digital analog converter (ADC) in a single integrated circuit or by using analog comparator (ACMP), or by regulating the PWM (Pulse Width Modulation) output of another integrated circuit and we can also control a direct current motor (CD) using the microcontroller’s ADC to monitor engine speed.

Thanks to microelectronic technology, it is possible to design and manufacture integrated circuits with small size and optimal operation.

Depending on the level of integration

i.e. the number of components they integrate, microelectronic products can be:

Depending on the type of transistor, microelectronic products may be:

Depending on the material used for manufacturing:

Depending on their function:

The objective of nano and microelectronics is the manufacture of integrated circuits minimizing the dimensions of integrated devices and those of their interconnections.

The transistor has three parts. One that emits electrons, one that receives or collects them and another with which the passage of such electrons is modulated.

The metal oxidesemiconductor field effect transistor (MOSFET) is the device at the center of the microelectronic revolution.

Semiconductors are the axis of the modern digital electronics industry, they are electronic devices with a high degree of miniaturization and integration of transistors capable of variable electronic behaviors. Enabling the realization of a series of high-speed mathematical operations, digital storage or control of a number of tasks.

Pinterest and the violation of Community Guidelines
If your Pinterest account appears to have been violated and consequently suspended, you’ll be concerned with taking the necessary safety measures to avoid this event to happen again. Pinterest is a web app focused on image sharing that also functions…

What are digital assets?
We live in a digital world that is expanding around us. Everyone needs technology to cope with the world in which we live. Every individual has some physical assets like real estate and money in the real world, but as…

3 Mobile Apps every entrepreneur should use for productivity
Being an entrepreneur is no piece of cake. It's as serious and demanding as running a country! As much as that could sound exaggerating, there are grains of truth in it. If well examined, it'll be discovered it's not a…

How to update Firefox
Here’s a very simple guide to updating your Firefox browser to the latest release. There comes a time when you need to update the browser you’re currently using to benefit from some newly added features and stricter security measures. In…