Home » What touch screens are and how they work?

What touch screens are and how they work? 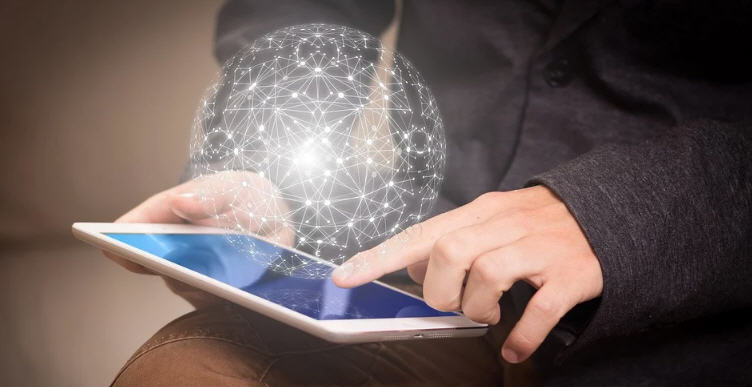 Nowadays, everything around us connects in some way. It’s hard to be isolated, more complicated to depart from the comforts provided by technology. Every day we interact with flat crystals that indicate directions, temperatures, calculations, entertainment. After all, if you have a smartphone, you’re likely to interact with a touch screen every day.

The usefulness and practicality of touch screen technology are undeniable. So much so, in fact, those companies have also realized the benefits of adopting technology. However, despite its simplicity for end users, there is more to this technology than it seems.

A bit of history

Dr. Samuel C. Hurst was responsible for the creation of the first touch technology interface. This happened in 1971, and it was immediately postponed in ATMs, POS, (point of sale terminals) and PDAs. For the correct use of the PDAs it was necessary to use a light pencil or a plastic pen.

Then products such as personal computers, video game consoles, and smartphones have been incorporated into this touch screen technology.

Today, they are so popular with users that almost any technology product includes this technology. We talk about equipment such as televisions, music players, portable and vehicle GPS navigators. Even automatic coffee machines and food coolers, now.

What is a touch screen?

A touch screen is a data input and output peripheral for the device on which it is installed, acting as a direct intermediary between our requests and what the device abides.

These requests can be given as their own name indicates, tactilely, or also by means of a stylus designed for this purpose.

There are several types of touch screens, and they work completely differently depending on the technology used and the technical characteristics.

5-wire resistive touch technology is economical and has many applications in most touch screen devices. This technology uses a glass or acrylic panel with electrically conductive coating and resistive layers. These thin layers are separated by invisible separator points that are used to identify the exact location of the point being touched.

When you touch the screen, the layers approach each other, causing a walk in the electric current and the point being touched is recorded in the system.

This technology bases its operation on ultrasound waves, which travel on the surface of the screen. When the screen is touched, some of that wave is absorbed. When detecting this change, the waves record the exact location where the touch occurred and are sent directly to the controller to process the order, it should be noted that the external elements directly influence the operation of the screen.

Through their electricity-based touch detection, projected capacitive touch panels are known for their high accuracy and high-speed response times. In addition, they have multi-touch functionality and can be used in small, compact, yet expensive devices. Due to their underlying technology, they are very common on smartphones.  In addition, they are not the only ones, as tablets and GPS devices also use projected capacitive touch screens.

When using strain gauges the display has an elastic structure so that strain gauges can be used to determine the position at which it has been touched from the deformations produced in it. This technology can also measure the Z axis or the pressure exerted on the display. They are commonly used in systems that are exposed to the public as ticketing machines, mainly due to their resistance to vandalism.

Launched on the market in 2002, this system makes use of sensors to detect the mechanical energy produced in the glass due to a touch. Complex algorithms interpret this information to get the exact point of contact. One of the things that most catches the eye of this technology is its resistance to dust and various other elements, including scratches and bumps. This technology provides excellent levels of clarity, even in sunlight.

Introduced in 2006, these systems use four electrical pieces transducers located on each side of the screen to convert the mechanical energy of the contact into an electronic signal.

This signal is later converted into a sound wave, which is compared to the pre-existing sound profile for each position on the screen. This system has the advantage that it does not need any cable mesh on the screen and that the touch screen, is in fact, glass.

The glass-sheet-glass touch screen combines the patented “pressure” analog-resistive touch technology along with a high-quality glass design. The surface is not made up of a polyester film, but a thin, sturdy sheet of glass. The glass layer also acts as a barrier to curb moisture that could penetrate. Therefore, the glass-sheet-glass touch screen is especially suitable for adverse environmental conditions.

It can be handled with fingers, gloves, pointers and any other object without this deteriorating the equipment.

When the first iPhones came to market, there were criticisms from people with certain physical disabilities that were excluded by the phone’s design.

Users with limited or blind vision, who rely on touch to interpret the texture and relief variations that keys can offer, cannot use a smooth screen.

The development of speech recognition may have dealt in part with that weakness of touch screens.

There are devices with facial recognition, also others that can interpret gestures as commands and, if it is still dependent on touch, there are tricks to make a smooth screen feel as if it has buttons.

There is also virtual reality, where not even a physical screen is necessary, only the one that is projected on the glasses to interact with the movements of the fingers in the air.

Despite all the advancements and innovations, there is no glimpse of one that manages to dominate in the same way that the mouse and keyboard did.

Which Smartphone has the best camera quality?
Smartphones' digital cameras have reached such technological advancement over the last few years that - for many people - they became a full-on replacement for regular cameras. High resolution, the highest range of colors, excellent focus and also wide-shots in…

The top Smartphones in the world as of 2020
¡Smartphones! We hear a lot about Smartphones. Of course  you know Smartphones are mobile phones that perform many of the functions of a computer, typically having a touch screen interface, internet access, and an operating system capable of running downloaded…