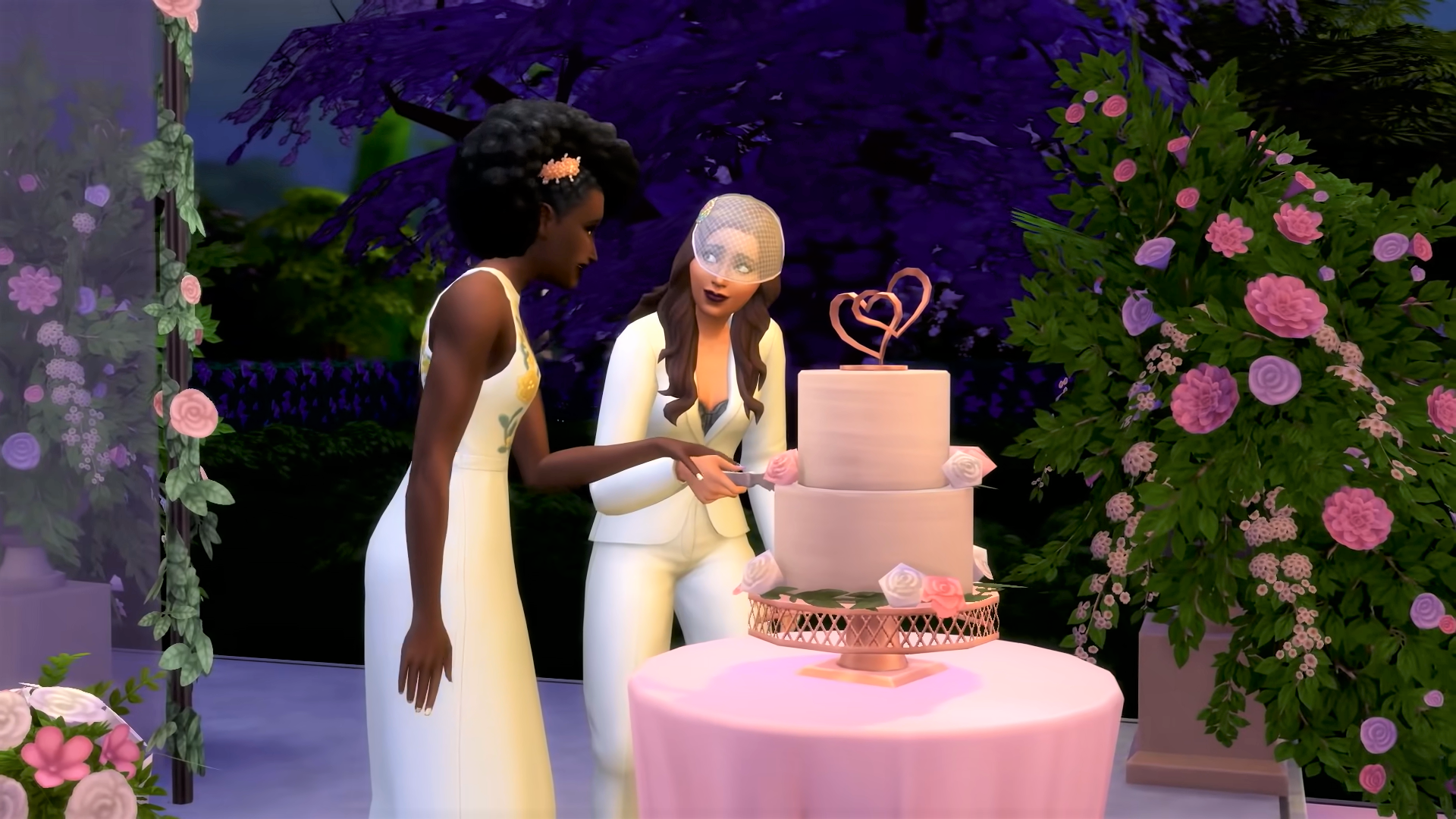 The Sims 4 players have been troubled by the shortcomings of the wedding-themed pack since it was released a little over a month ago. But now it seems that a new patch has fixed all the main issues with My Wedding Stories. Let’s learn a bit about what happened!

But first, what is The Sims?

The Sims 4 is the fourth installment of the legendary strategic social simulation game series developed by Maxis that shook the gaming industry to the core. “Why is The Sims widely recognized as a fundamental pillar of the interactive universe nowadays?”, you may ask. It is mainly due to the game’s ability to elevate the relatively niche gaming hobby to a mainstream activity. Keep in mind that in the year 2000, in fact, playing video games was not exactly a widespread occurence as it is today. When the first The Sims came out, everyone and their mom was playing it, even people who never touched a computer before.

After 22 years, with about 200 million copies sold, 4 main games, various spin-offs and countless Expansion Packs, the The Sims video game franchise can be very well regarded as one of the best-selling of all time.

The buggy mess that was the My Wedding Stories pack

Now, back to The Sims 4 and its bug-related issues. The My Wedding Stories pack dropped on February 23 of this year, and buyers were not happy with how it performed. It received criticism for its numerous bugs and glitches, which significantly affected the game’s main wedding event feature.

Just imagine: your Sims’ happiest day ever turning out to be a mess, thanks to guests not paying any attention to the newlyweds and chattering through the wedding vows, or even the soon-to-be spouse not showing up at all to their own wedding day. And if they do show up, there’s a chance that the officiant won’t do their job.

While some glitches and bugs are absolutely hilarious (including the one that allows you to serve children alcoholic beverages), there are lots of players who don’t exactly appreciate their game malfunctioning every passing minute. Such invasive problems are only indicative of a poorly-made, perhaps rushed product that lacks refinement, a product that maybe isn’t worth the $19.99 price tag.

The March 31 patch update: is it fixed now?

But fear not, because on March 31 Electronic Arts announced a patch that should have fixed the expansion pack’s performance issues. The gameplay concerning wedding ceremonies has been improved, as well as other minor issues, such as guests wearing inappropriate attire.

Here’s the full list of bugs that have reportedly been fixed so far with the latest patch.

While the more prominent errors are seemingly gone, players are still reporting the existence of other problems. As Game Rant notes, “Some guests still do not pay attention to toasts and speeches. There continues to be an issue with the couples’ first dance where surrounding sims can be distracted by the stereo system. The bouquet toss still doesn’t function correctly”.

We can only hope that the development team will address the persistent problems in the near future by releasing another patch. Until then, enjoy your (slightly less buggy) game!

PlayStation Store: 6 Best Selling Games on Sale Right Now
Everyone loves a good discount, especially when it is the good stuff that's put on sale. On the PlayStation Store, for instance, Spring Sale is on, and you have the opportunity of saving up to 75% on some games. So,…