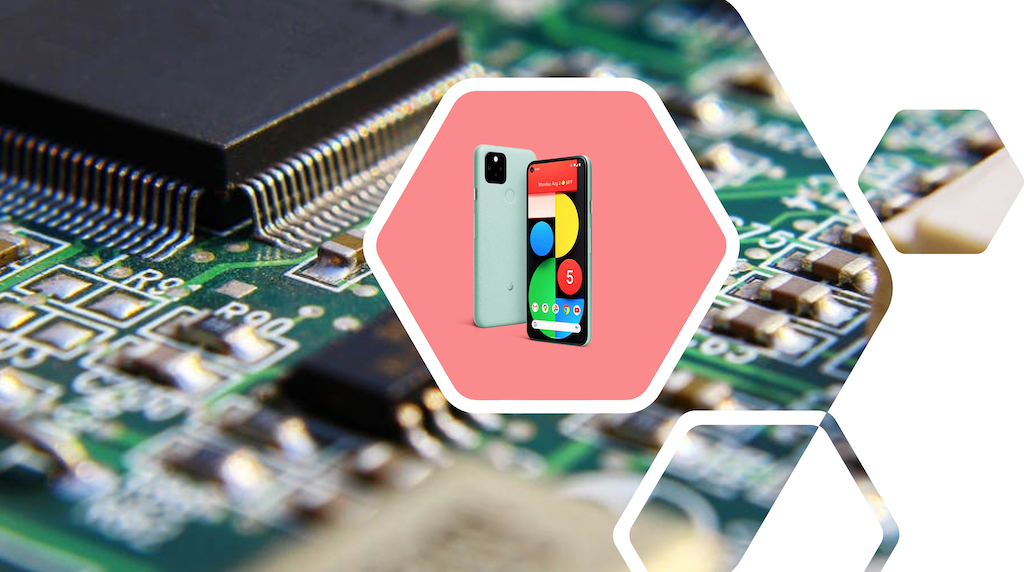 We’ve got some exciting news about Google‘s future hardware projects: for this fall, the Mountain View-based company teased the debut of the first Google Pixel smartphones equipped with a brand new Google-made chip, that is “GS101” Whitechapel. The development of said new processor has been hinted at since last year, and we could say that, by now, the chances of getting a Google Pixel 6 device equipped with Whitechapel in a few months is very high, since Google is seemingly ready to drop Qualcomm.

The GS101 Whitechapel chip is coming

9to5Google – one of the best sources for Google-related news – pretty much confirmed this change in direction, saying that during a call last fall, Google CEO Sundar Pichai foresaw a radical renewal in the hardware landscape for the company in 2021, meaning the introduction of their own new chip containing the Whitechapel system. It is speculated that Google has been working on the development of their own systems on a chip (SoC) for about a year, and that these brand-new chips will be implemented in the upcoming Pixel smartphones, including Pixel 6, as well as Chromebooks.

Whitechapel might be an ARM-based 8 core processor, sporting two ARM Cortex-A78 cores, two A76 cores and four A55 cores developed alongside Samsung, and it will probably feature a 5 nm chip. Therefore, it’s very likely that Google’s GS101 chip will feature this three cluster setup with a TPU (Tensor Processing Unit) for machine learning applications. When it comes to graphics, the chip might be equipped with a Mali GPU, which is based on Arm’s Valhall architecture. This design was announced for only a few GPUs, such as Mali-G77, Mali-G78 and Mali-G68.

GS101 looks promising if we’re talking about performance and power usage. The rumors from last year regarding Whitechapel suggested that the first chip would be equipped with a Pixel Visual Core and an NPU, or Neural Processing Unit: therefore, the upcoming Google Pixel 6 powered by the GS101 Whitechapel could mark the return of the Pixel Neural Core integrated into the hardware, rather than as a separate chip. Also, note that another chip now commonly found on Pixel phones is the Titan-M integrated security chip, introduced for the first time on the Pixel 3 a couple of years ago by Google. The Titan-M chip helps protect your phone by keeping it from booting an unsafe version of Android, and it also protects your data from being decrypted while locked.

According to 9to5Google, following the review of a report, the codename “Slider” might suggest the shared platform Google is working on alongside Samsung’s system large-scale integration division (SLSI). This could mean that Google’s chip will be pretty akin to Samsung Exynos in regards to software components. The codename GS101, on the other hand, could be the actual SoC’s name, where “GS” might stand for “Google Silicon”. The first smartphones to be built on said Slider platform are “Raven” and “Oriole”, two Pixel codenames the website leaked last year; presumably, these two devices represent the Pixel 6 and the Pixel 5A 5G that will be released this fall side by side.

Here is what to do if Google docs won't open
Oops! Your Google doc just won't open? We like to refer to this experience as a pleasurable journey to a King's palace and your eyes can behold the glory of the kingdom but you can't enter it. Why? Because, boom!…

How to delete a site in Google Site
Yeah! The one who created a pencil created the eraser and it is not harder to use the eraser than it is to use the pencil. As a matter of fact, experience has proved time that the eraser is easier…

Can You Report a Bad Website to Google?
The World Wide Web is a place full of options you can choose from, and by options we mean websites. You can go on your favorite food blog, sign into your social media account, read books online, shop on your…

How to delete your Gmail account permanently
Are you trying to clean up your online footprint? Do you have a few extra email accounts that you could do without? Whether you are erasing old email accounts just for the sake of saving space or trying to condense…

Does Google Meet Work with any Email Address?
Google Meet is a video-chatting and conferencing service that turned very useful for millions of people around the globe in times of social distancing. Designed primarily for business and office use, it allows coworkers to meet via video conferences, but there's also the possibility…