Home » How to Build a PC Step-by-step

How to Build a PC Step-by-step 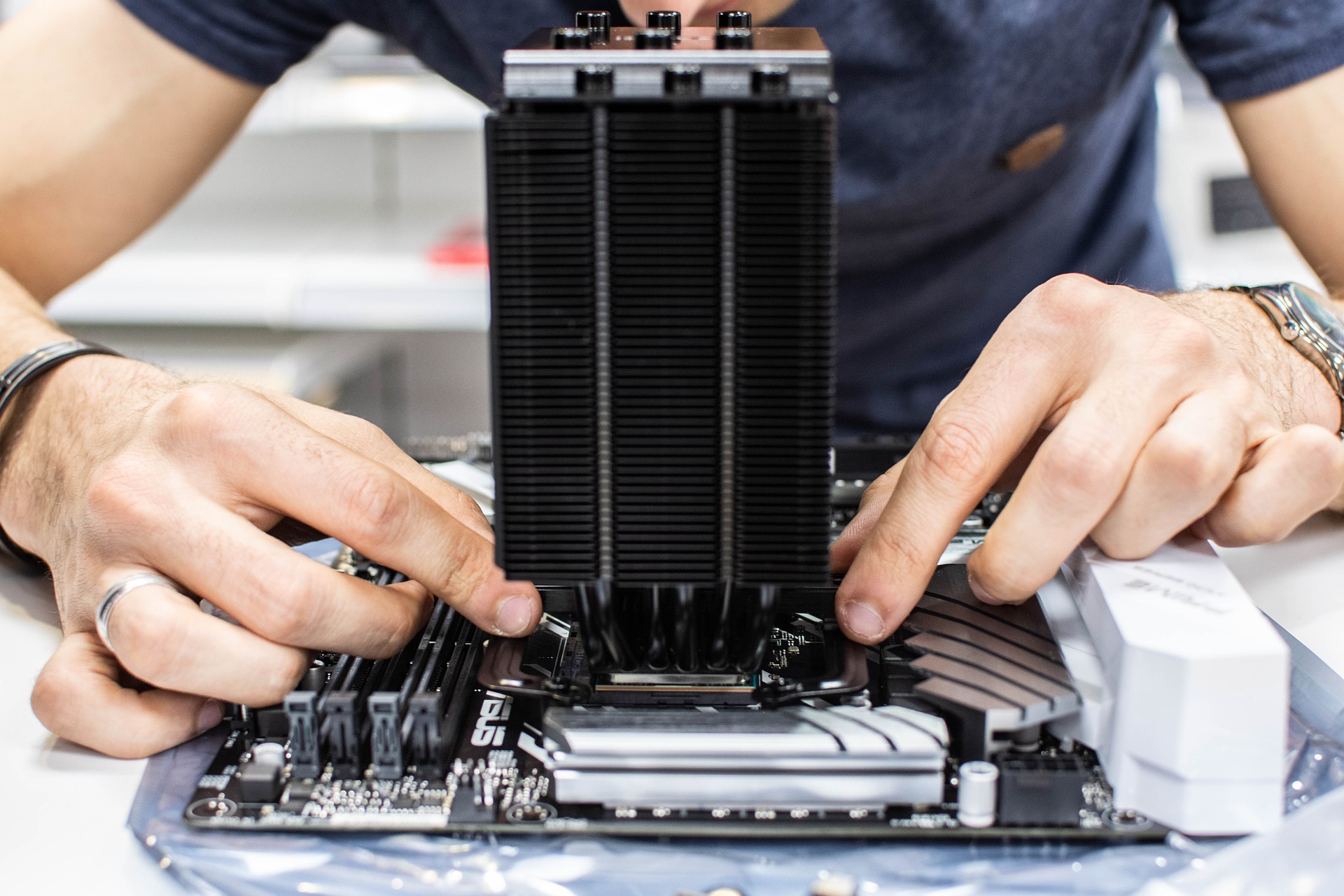 Build a PC might be an intimidating task, especially if you are doing it for the first time, but it is not impossible. Whether you have or not experience, as long as you scrutinously select the right components and put everything in the right slots and connectors, you should be able to do it effortlessly.

If you don’t know where exactly to start, don’t worry. In this article, we will walk you through this process of putting all those expensive components together, step by step. Here, we will explain to you from which tools you’ll need and how you’ll connect all those components together. Follow each step to build a PC, as explained below.

What tools will you need?

Whilst, a few screwdrivers is all you need to build a PC. You may have a few more tools near just in case you need them. For instance, needle nose pliers or a pair of tweezers may come in handy to place screws into tight places and retrieve them.

Zip ties are also practical for tidying up all your PC cables. Also, you’ll need a pair of side cutters to cut those zip ties.

For your workspace, you’ll need to clean off your table, you’ll need it later to flip your PC on its side, feet, back and any which way to install everything

Last but not least, it’d be a good idea to get a monitor, keyboard and mouse set before you start building, so when you have finished to build a PC you’ll have something to plug it.

And, before starting, discharge any latent electricity by placing your hand on metal, like your PC case or power supply.

Strip down the case

Firstly, you’ll have to remove every panel that you can and store them in a safe place. We suggest using a bowl or a magnetic parts tray to hold the PC’s screws throughout the process.

If you’ve bought extra cooling fans, now is the moment to install them. The cooling system must be balanced, so there’s as much air being drawn, as is being drawn out. In case you have no clue on which way the wind goes, the plastic fan usually indicates where the air comes through.

Generally, two fans are placed in the front part drawing air in and at least one in the rear blowing air out. You can also add one or two more optional fans in the roof of the case for additional exhaust.

Prior to the motherboard installation, you’ll have to check for pre-installed motherboard standoffs, make sure that number and arrangements of them fits the holes available in your case.

Second, check if your PC has a large CPU cutout or window cut into the rear of the motherboard frame. If it doesn’t you might as well install any PC cooler backplates and M.2. solid-state state drives.

Following step, rest your motherboard down inside the chassis, atop of the deadlocks installed in your chassis.

Finally, just make sure that the motherboard is secured with the right screws it came with.

This is one of the crucial steps to build a PC. In this step, you’ll have to socket your CPU into the motherboard.

For Intel CPUs , slide the spring loaded retention arm out and up, then lift the bracket up. Then, kindly put your CPU inside the socket, and secure the retention arm down. It has to match the golden triangle that’s placed on the bottom left corner on the processor.

Next step, slide the securing bracket back into its original position so it locks in place below the screw, and fasten the security arm back down.

In the case of AMD CPUs, fortunately, the installation process is less unsettling. In this process you just have to lift the retention arm in its raised position.

In this step you have to install the computer memory. Push down the latches at either ends of the DDR4 on the motherboard. Next, line up the notch on the bottom of the memory with the notch in the slot. Afterwards, carefully push down both sides of the memory into the slot. After you’ve done this, you should hear a clicking sound as the memory secures into place.

Firstly, as you have to install a backplate in order to place the cooler, you’ll want to thermal paste your CPU Cooler. Squeeze a small blob around the size of half a pea onto the middle of the CPU. This will spread out and provide a sufficient amount of thermal interface material to successfully transfer heat from the processor to the cooler

In the case of Air Coolers, orient meticulously the heatsink onto the pins of the mounting plate and secure them with any screws. Afterwards, reattach the fan to the tower, and plug the 4-pin PWM fan header into the CPU Fan slot on the motherboard.

For liquid-coolers, follow the same process and a few extra steps. You’ll have to attach fans onto the radiator and install them into your PC case. Depending on which liquid-cooler you’re using, you may need to plug need to plug in a second four-pin cable into a dedicated AIO cooler.

Once memory has been installed, it’s time to install hard drives and solid state drives. The majority of modern PC cases come with SSD bays. However, if your case doesn’t, the 3.5 drive caddies should have compatible mounting points. No matter what type of storage drive you’re installing, make sure that the connection ports are facing towards a cable cut-out inside your chassis.

If you’re about to install a modular PSU, figure out what cables you need in advance, and plug them into your power supply first.

If your PC case comes with a PSU bracket, first remove it and then attach it to the back of the unit. Next step, thread the cables through the PSU slot in the back of the case first, and then slide the PSU into place.

Depending on the design of your case, you’ll want to position the fan towards ventilation areas. Facing the fan downwards or to the side away from the interior of your PC could be a good idea. This way, your PSU can draw in fresh air and dissipate heat through the back.

Set up your I/O Buttons

In order to get your front I/O power buttons working correctly, you need to plug in the correct cables. Take the individual pins and identify which pins and cables need connecting. Make sure that any LED lights (HDD and Power) are oriented correctly, with the + and – cables installed into the + and – pins on the board.

Meanwhile, It could be a good time to plug in your USB 3.0 header, USB 2.0 header, and audio passthrough. Audio, generally, can be found on the bottom left of most motherboards.

Install your USB 3.0 cables into any available slots.

Next step, take your SATA power and connect it to any storage drives.In case you happen to have something atop onto the front of the case, run this SATA power cable through. This is a good chance to plug in the SATA Data cables.

First of all, you’ll take a look at your motherboard and locate the PCIe slot closest to your processor. From that point, spot the two PCIe slots next to where you’ll want to install your GPU and remove them.

Position your graphic card with the slots we just opened up. The rear I/O on the GPU should be facing out the rear of the chassis.

Once on are nouching, gently push into place the gold contacts your GPU into the PCIe slot until you hear a click. Then use the same screws we removed from the PCIe slot cover to put the GPU into place.

Before heading to this part, you have to make sure that your PC actually turns on and runs correctly. If it does, then Power it on, and press the delete key to get into the BIOS screen. Check your CPU temperature, make sure that’s operating somewhere around 30-40 degrees C, and make sure that your boot drive is registering correctly. Also, ensure your memory is operating at the correct frequency. Then hit F10, save and exit. Then power off.

The process of build a PC is close to completion.

Now that you’ve made sure the PC is working, unplug it and put it back to your workspace. Reattach all PC case panels and tidy up any loose cables. In the end, it’ll be worth doing this.

Use cable ties to bunch together cables as much as you can. And use thicker cables to help push smaller ones.

Create a USB install on another PC. But, firstly, download the Windows 10 Media Creation Kit and then install Windows 10 onto an USB stick with at least 8GB of space.

Plug it into your new system. Go back into BIOS and boot your system from the USB stick first.

From that point you can go through the prompts to install the operating system. And don’t worry if you don’t have the license key, you can activate Windows 10 later.

Following these steps you can build a PC without any problem. 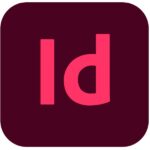 How to use InDesign for digital and print publishing
For the creation of pieces such as magazines, newspapers, brochures, flyers or ebooks, you can use InDesign. A tool that greatly facilitates the assembly of various elements, to obtain a professional creation. What is InDesign? It is a software for… 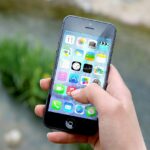 How to factory reset your iPhone
Reset your iPhone completely erases the data on the device and returns it to factory settings. This process of resetting all contents and settings and a fresh start is something that your phone will need in due time. Perhaps your… 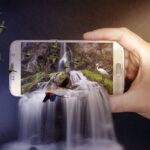 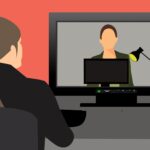 Tips for video conferencing online
Video Conference never has been as important as it is nowadays. The Pandemic has changed lots of things in our daily lives. But, especially in the field of business, it has brought a few changes. Hence, there are an outstanding… 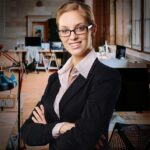 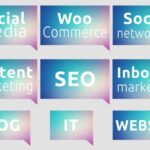 What is inbound marketing and how to use it?
Inbound marketing is the strategy of connecting with potential customers through materials and experiences that are useful to them. By using media such as social media or websites, marketers seek to engage, entertain, and inform the audience with the content…