How to wirelessly charge your iPhone 12 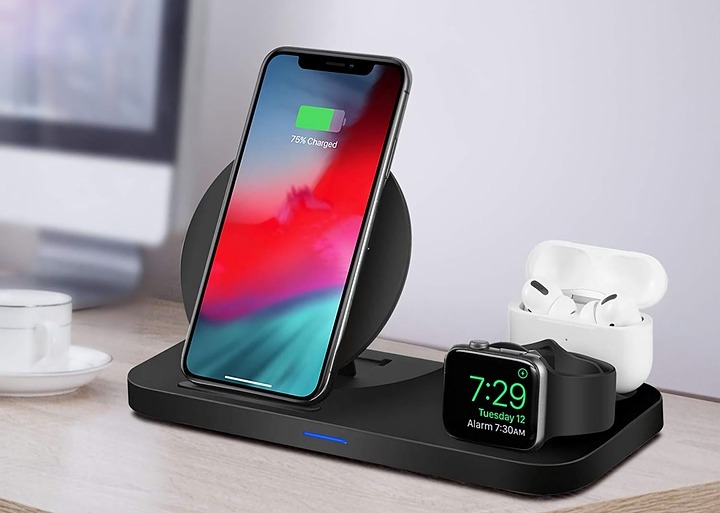 Since the invention of smartphones, a long way has come. So much progress has been made, that already any electronic device like iPhone 12, tends to be a small computer that fulfills some technological function. The fact that we can load them with us everywhere, to be able to communicate with others and is that we use them as personal assistants, to play, to take our photographs, as a mobile workplace, so they need to be available most of the day.

Since it is possible to charge our devices wirelessly, countless markets have been created for this field, smartphones such as iPhone, Samsung, Google, have adopted this mode. Not only is the mobile market dabbled in this, it is also used to charge watches and even personal transport vehicles, such as Toyota, Chevrolet, Nissan brands among others.

An introduction to wireless charging

Wireless charging works as an electromagnetic induction or charge, as this is its logic. Its operation is quite simple, it consists of generating an electromagnetic field and energy emitter, it has the ability to capture the energy at the other end, which is generated by the Smartphone charger holder.

They have electromagnetic induction coils both in the charger and on the phone. When the charger is connected, it receives the electricity that comes from the plug and converts it into high frequency alternating current which causes an electromagnetic field that is waiting for another coil to be able to transmit that electricity that is in the case of that of the mobile phone. This is all thanks to magnetism.

The apple company took a turn when launching the latest version of its smartphone, iPhone 12. Users came with boxes in which only the device came, without charger or headphones. This comes with the premise, that you will be able to use the chargers of previous versions of iPhone and that also this computer has the peculiarity of being able to charge it wirelessly through its new wireless charger called MagSafe. This is based on the Qi standard of wireless induction charging, but improves its efficiency when recharging iPhone 12.

The new Magsafe includes an NFC reader and magnets that allow you to align your iPhone 12’s battery and charger. Therefore, it can be charged safely without wasting energy.

How to wirelessly charge your iPhone 12

iPhone work with Qi-certified chargers, these chargers are available for cars, restaurants, hotels, airports, cafes, etc. This technology is based on an open load standard that was developed by WPC (Wireless Power Consortium).

Remember not to place anything between the charger and your phone, because this could impair the process and not charge as fast as you want.