Home » Is it possible to visit other places with Google Maps?

Is it possible to visit other places with Google Maps? 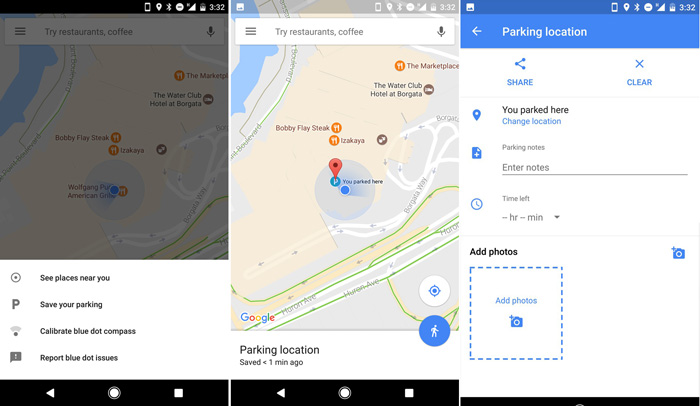 Google maps worldwide is one of the most used applications as it offers images, photographs, satellite, and live traffic and with this also offers the best route which can be taken using different means of transport such as public transport, motorcycle, bicycle, car, on foot and even offers directions to go by plane.

Is it possible for Google Maps to compete with Apple Maps?

I/O Conference is a conference that is held annually and where different technological advances made by Google are presented, In May 2022 Google Maps decided to compete against Apple Maps to see who had the best 3D function, it should be noted that Google maps are much better known than Apple Maps as Google maps is easily found on Google, on Android as in many cell phones this application is already preinstalled.

What does the new Google maps update offer us for 2022?

Google maps offer us a street view where we can see the houses, parks in our country and also in some places, although not all countries have this option to see the streets, if you look in Africa the Congo does not allow you to see and travel as if you were there as well as a virtual reality only offers photos now with the panoramic view is possible to create a general 3D model of the whole world and so we can visit it creating a virtual reality much closer and that makes it much easier to navigate more cities and countries where little is known or is not allowed to enter to record or show it as they are very reserved in the case of North Korea and North Sentinel Island.

With immersive View it is possible to access many more places, although only 5 cities will debut its launch will make for a few cities which are: in the United States (New York, Los Angeles, and San Francisco), in England (London) and Japan (Tokyo) is desired to expand globally.

These cities will have this new system, which offers more depth in 3D models, you can see in more detail places like shopping malls, restaurants, cinemas and even to access these places you can see if the place is full or otherwise has no customer, in addition to showing weather conditions, if it is day or night and allows showing the parks and busiest places, inform us about the traffic in real-time and be much more detailed because there are traffic jams if there are security cameras and how many meters away are these.

Does Google Maps not show your location accurately?
Google Maps has revolutionized the way we navigate in our daily lives. With step by step directions, details regarding nearby points of interest, and multiple route options, Google Maps equips you with all the information necessary to reach your desired…

How to Go Incognito on Google Maps
Google Maps is a great web mapping service that's been helping users navigate the world for 16 years now. Among Maps' various features, the app also offers you the possibility of going incognito, which can be pretty useful in case…

Google Maps: Discover the New Upcoming AI Features
It's no surprise that a giant such as Google would want to keep its users satisfied in order to continue being in the lead in the tech landscape. That's why, in the first half of 2021, the Mountain View-based company…

How to Delete your Google Maps History
Google Maps is single-handedly the best service for people who have to move around a lot by car – or even by foot and public transportation, such as bus or train – because it recommends the user which route is…

Add a Missing Place on Google Maps: Here's How
Google Maps is a great app for people who like to travel, visit places and, in general, move around a lot. On this blog, we talked about Google Maps a fair amount: we have an article here about how you…