Home » What is LiDAR technology and how does it work?

What is LiDAR technology and how does it work? 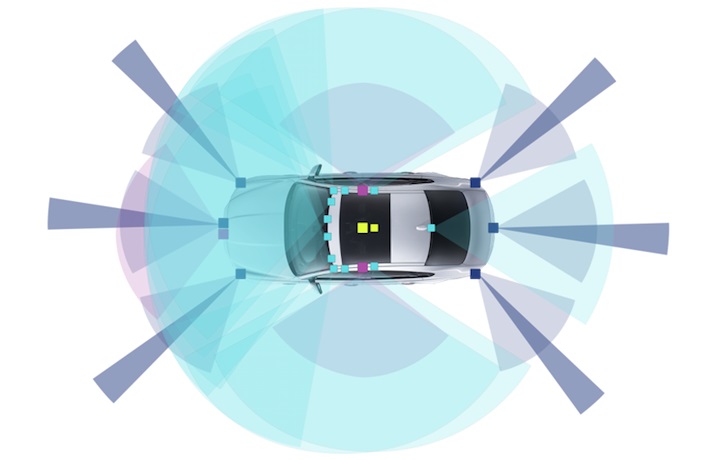 LiDAR (Light Detection And Ranging) technology is a massive position measurement system remotely, based on a laser scanning sensor (infrared spectral region) that emits pulses and records returns against the surface. When this sensor is located on an airplane or helicopter, it is called an airborne LiDAR. In addition, three-dimensional images of mirrored objects can be obtained.

A LiDAR consists very basically of an infrared laser beam-emitting focus, and an infrared receiving lens capable of seeing those laser beams.

Although there are some fixed lidars, for example the most basic models for windshields; typically it is a device that rotates 360 degrees on itself to cover the whole environment.

How does LiDAR work?

It is an active optical sensor that transmits laser beams to a target as it moves through specific survey paths. The laser reflection of the target is detected and analyzed by the receivers in the sensor. These receivers record the precise time from when the laser pulse left the system until when it returned to calculate the limit distance between the sensor and the target. Combined with positional information (GPS), these distance measurements are transformed into real three-dimensional point measurements of the reflective lens in object space.

Spatially organized post-processed LiDAR data is known as point cloud data. Start point clouds are large collections of 3D elevation points, including x, y, z, along with additional attributes such as GPS timestamps. The specific surface features that the laser finds are classified after the initial LiDAR point cloud is post-processed.

Allows MDT and MDS to be obtained.

MDT: Surface describing the three-dimensional shape of the bare terrain, excluding any element above it.

MDS: Surface describing the three-dimensional shape of the Earth’s surface including the static elements above it (trees, buildings, etc.)

LiDAR and other developments

When the authorities want to know the exact depth of the ocean surface to locate any object in the event of a maritime accident or for research purposes.

Terrain elevations play a crucial role in the construction of roads, large buildings and bridges.

Apart from the applications mentioned above, LiDAR is used by geoscientists to unearth geomorphology-related secrets, as well as by military to carry out various security operations near national borders.

With this technology, studies of the most varied are being carried out. For example, spacecraft also use it to measure distances, and on Earth, a group of Danish archaeologists has taken advantage of LiDAR sensors to study ancient strengths, the study of the atmosphere, is another option that LiDAR can measure the densities of materials we find in the atmosphere like aerosols launched by humanity. And also other types of chemical elements: potassium, sodium, oxygen levels. You can also study winds and their structure or calculate temperature profiles.

The mapping of power lines is an application in which there are no other techniques that compete with LiDAR. It is interesting to obtain the distance of the cables to the terrain, vegetation and buildings. Using specific configurations of the equipment it is possible to obtain many points on the cables. A terrain model is generated and then a catenary model is adjusted for each cable. The remaining points will belong to vegetation or buildings and we can calculate their distance to the cables. The points too close are considered dangerous and we can generate a list of dangerous points with their distances to the cables and a map with the minimum distances from the cables to the vegetation and the ground.

During the Apollo program, retroreflectors were placed on the moon, which were used to reflect lasers beamed from observatories on Earth. LiDAR is also capable of mapping the surfaces of celestial bodies – it was used to generate a precise global topographic survey of Mars.

LiDAR technology was used to create a topographic map of Mars back in 1999. The laser pulses traveled at a very high speed to Mars, creating a 3D model of the planet and returning the data to earth. NASA’s Phoenix Lander also used LiDAR technology to detect snow falling. The Mars Meteorological LiDAR now provides cloud, fog, and dust plume data, leading to a better understanding of the planet’s climate.

LiDAR has been used as an ongoing part of the Lunar Laser Ranging experiment, measuring the distance between the surfaces of Earth and the moon. Laser light pulses are transmitted and reflected back to Earth and the round-trip duration is measured. The findings of this experiment have shown us that the moon is spiraling away from Earth at a rate of 3.8 cm/year.

There are two types of sensors, fixed and rotary or 360 degree. Fixed ones, for example, when used for driving, are placed at the top of the windshield or on the sides of the vehicle for a larger view spectrum and sometimes integrate a camera that records road lines and traffic signals.

Meanwhile, swivels are mainly used in topography, to study the relief of a terrain. However, they have also been adapted for cars and can be seen on the roof of prototype self-driving cars.

There are two basic types of LiDAR

With airborne LiDAR, the system is installed in a helicopter or aircraft. Infrared laser light is emitted to the ground and returned to the moving airborne LiDAR sensor. There are two types of airborne sensors: topographic and bathymetric.

Ad game developer Samuele Sciacca offers outstanding free video courses on Youtube!
"You have no excuses: discover the potential of the Internet"! Thus, the youtuber Samuele Sciacca, in one of his latest videos, invites the many students to follow him with concentration to learn for free how to develop “advergame” video games,…

Top digital marketing apps in 2020
Has the thought ever crossed your mind that your phone can be your company? Let's rephrase that. Do you know you can set up a blooming business all online with your phone? Well, here is the goodnews - yes! It…